The new Noken exhibition with the latest bathroom fitting and kitchen tap products for 2015 has opened its doors this week, as part of PORCELANOSA Group’s 22nd International Global Architecture Show, to introduce the most innovative products from the firm to a public made up of 80 nationalities.

One of the most interesting products for architecture and interior design professionals in the renovated Noken showroom are the new gold, copper and chrome finishes of the Chelsea bathroom taps. The attractive combination of curves and edges define the design of the different options which the Chelsea collection offers, inspired by the naïve aesthetic of the Belle Epoque: mixer taps for washbasins and bidets, three piece taps for washbasins, floor mounted mixer taps for shower and bathtub, and thermostatic shower fittings with SmartBox technology. 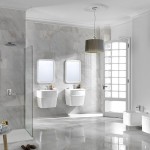 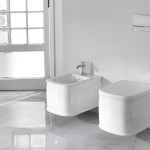 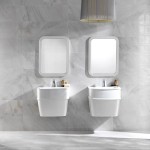 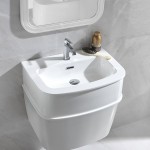 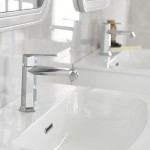 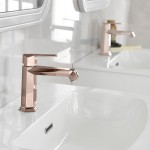 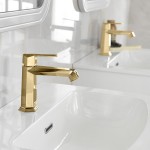 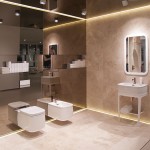 A combined washbasin with suspended drawers or freestanding units, and a suspended toilet and bidet complete this collection which combines cutting edge technology with an exquisite romantic air, notable for the suggestive curves of the different elements. As well as its powerful aesthetic, the Chelsea series offers a practical solution adapted to the needs of modern users. All this is achieved through compact volumes which also have a visual lightness thanks to a dynamic and elastic design.

Thus Chelsea bathroom furniture adapts to the large format washbasins of the collection, hiding a large storage space within, and has been made in an eco-ethical style, making each piece of furniture a practically unique element.

The combination of modern minimalism with the foundation of a vintage aesthetic has made the creation of this full series complete, which has generated admiration since its launch at the most recent edition of Cersaie (September 2014).