Matt black finish: the on-trend colour for taps and accessories

Get a total black look in the bathroom with accessories and shower elements.

In this article you can find inspiration about the matte black finish applied to ...

In the bathroom, the ode to sumptuous black has become a 'must', through small elements that are the focus of attention. Taps and bathroom accessories are dyed in a black matt to benefit from the current 'colour trend', an aesthetic quality that exalts and perfectly links the quality and usability of the product from Noken Porcelanosa Bathrooms. 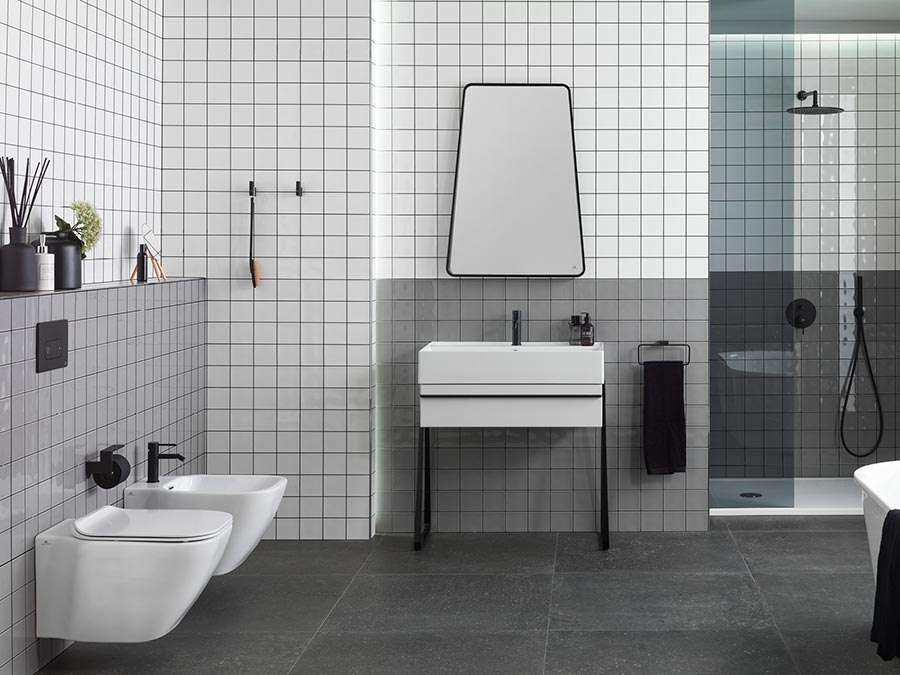 Black matt bathroom taps: taking over the centre of the bathroom

Black matt 'travels' to the centre of the bathroom with the Round and Urban basin taps. Both combine their traditional chrome look with their renewed black matt version, which meet the expectations of every single bathroom style.

In the case of the Round taps, these are available in different formats and different types of installation, including the recessed option with the Smartbox built-in body system. Round is also a sustainable bathroom tap, due to its cold opening system and its 5 litre per minute flower limiter, which saves both energy and water.

In the case of Urban, also available in white, in addition to chrome and black matt; it offers a more rectilinear and urban design than the Round taps. However, like that, it also offers a wall mounted version. 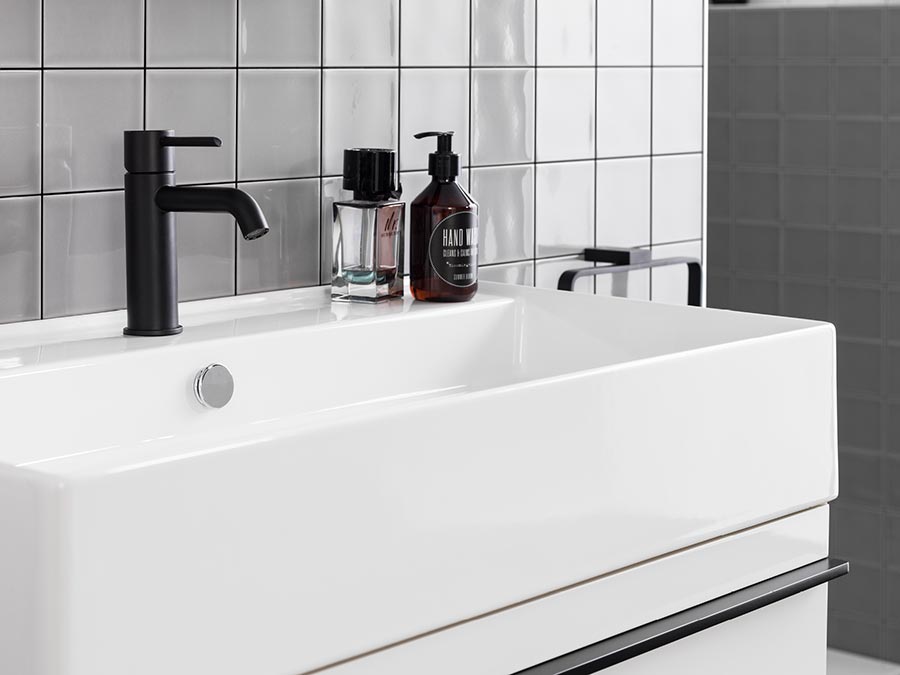 Round bathroom taps in matt black

To match the basin space, Noken Porcelanosa Bathrooms offers the possibility of creating a shower space with the black matt bathroom equipment. Round and Urban are once again the two options available for shower taps in this finish. Likewise, Noken has the NK shower pack or the Nk Logic and Giro jets, without forgetting about the Neptune Slime shower head for completely black shower equipment. 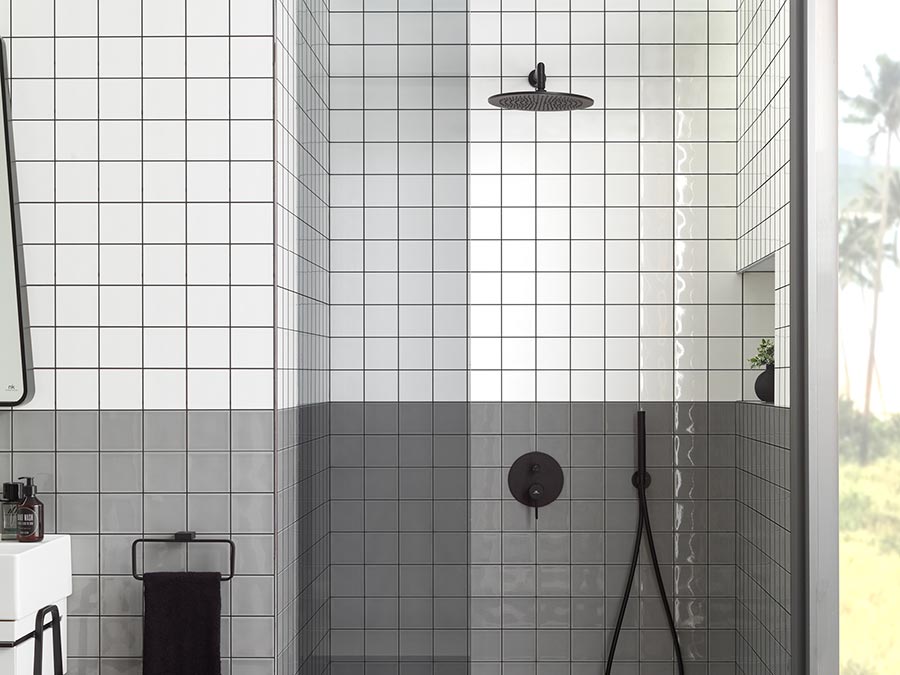 Noken Ceramic Colors is a range of ceramic bathroom furnishings designed to create harmonious bathrooms with an integrated aesthetic. The range includes washbasins and toilets with matt black fittings

The search for total bathroom design. 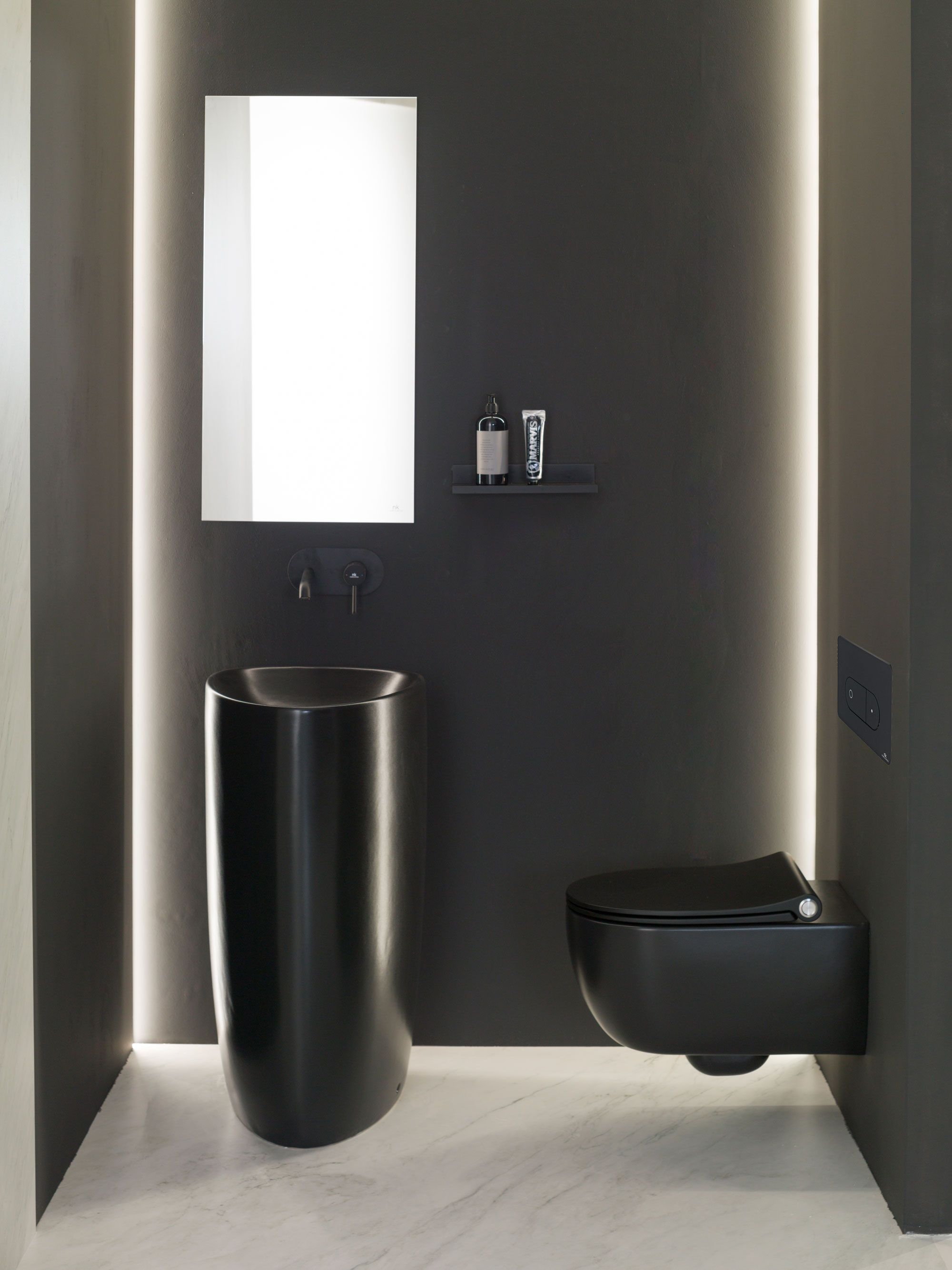 Our Slate shower tray is available in black. As well as being ultra-flat and light, the shower tray is composed of eco-friendly materials, with 60% recycled white marble and 30% eco-resin.

Zen is also available in black, with a composition including 65% recycled flax fibre. 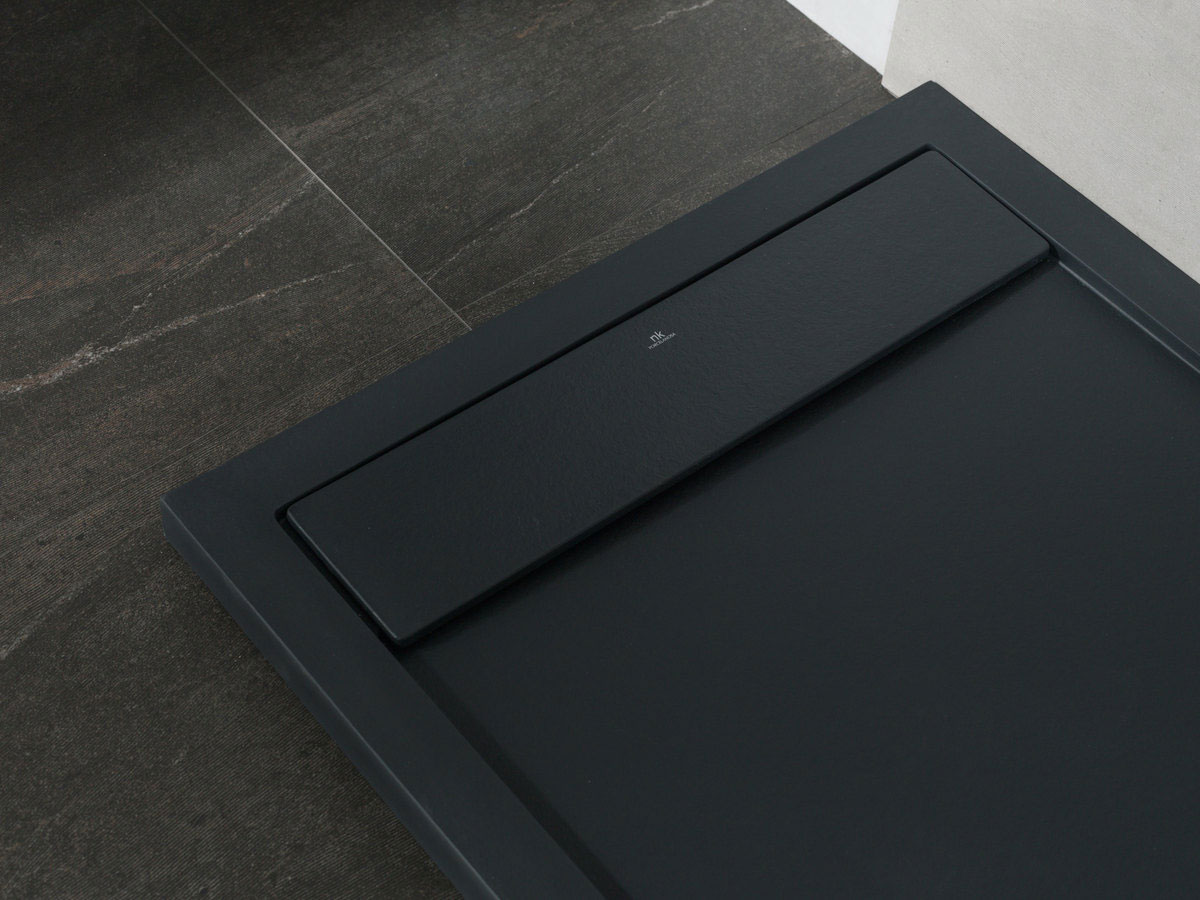 Round taps and fittings by Noken are also available in floor-mounted models. This elegant design, in a black finish, breathes wellbeing in the bathroom and is totally on-trend.

Baths such as Pure Line are available with matt black fittings so you can get the total look. 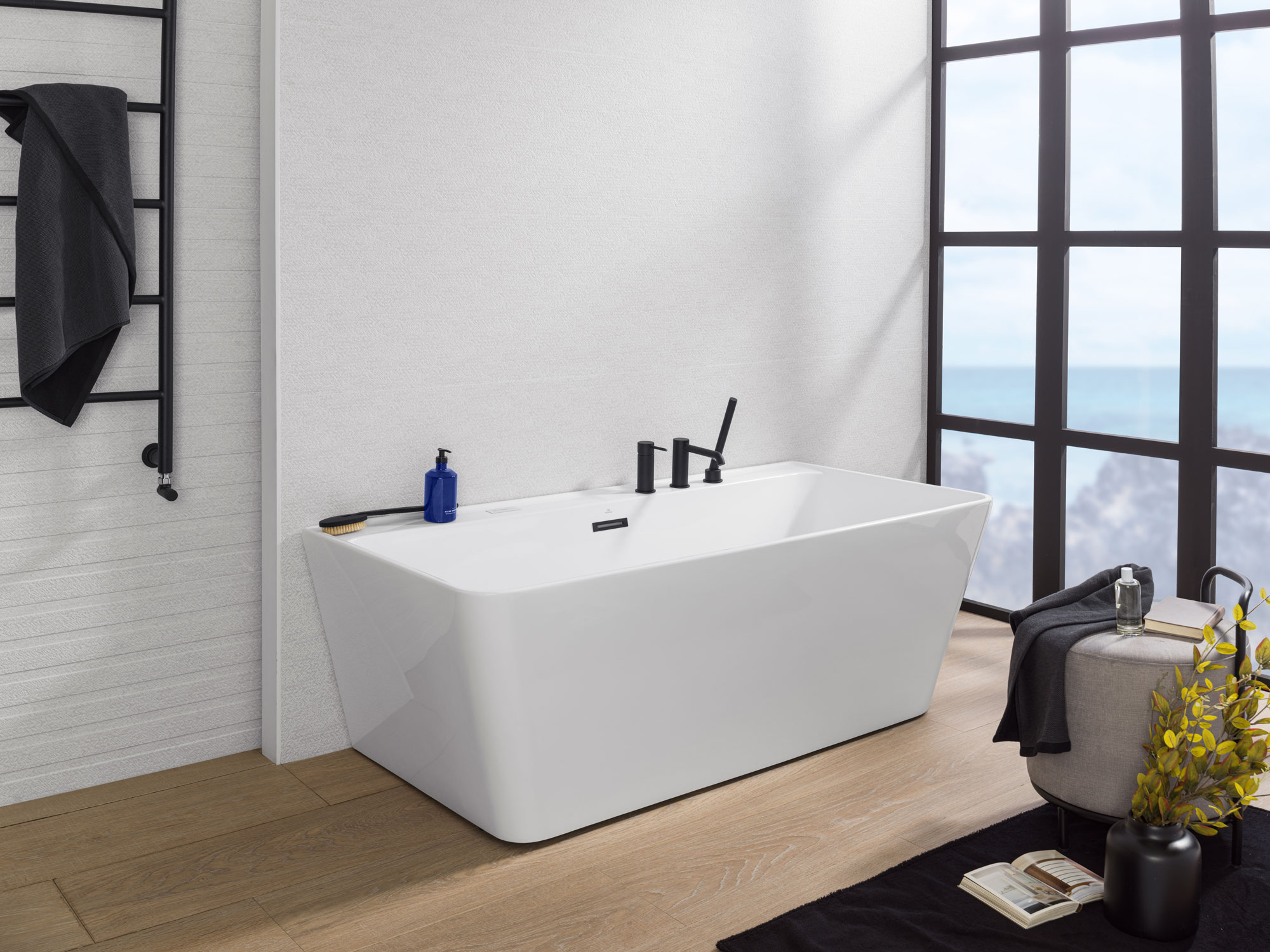 Urban C or Hotels are collections by Noken that come with matt black finish bathroom accessories for a completely on-trend bathroom. Highly practical and usable options for towel rails, soap dishes or hangers, among others, that complete a modern and sophisticated bathroom. 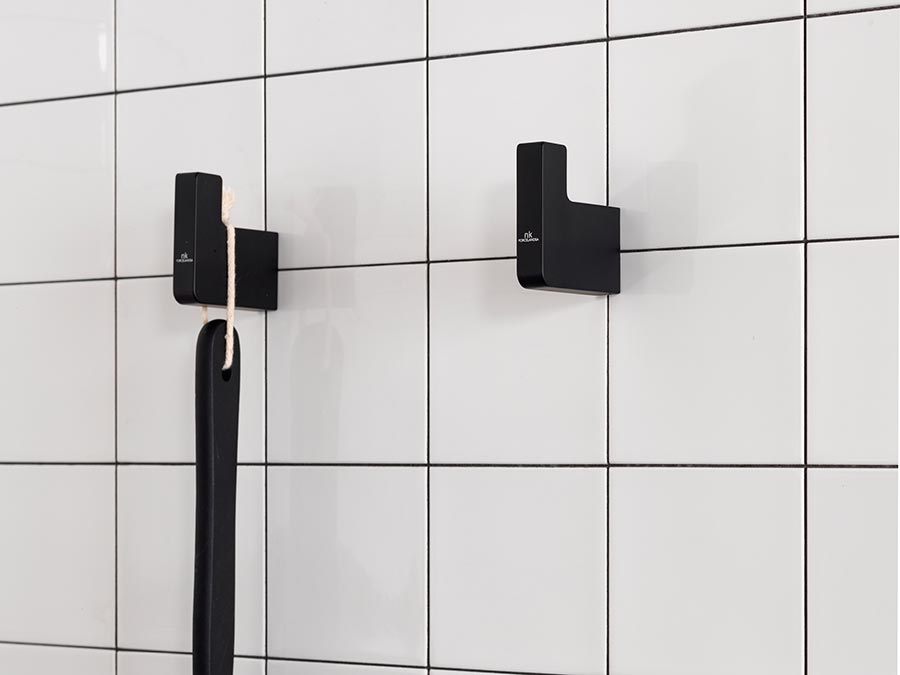 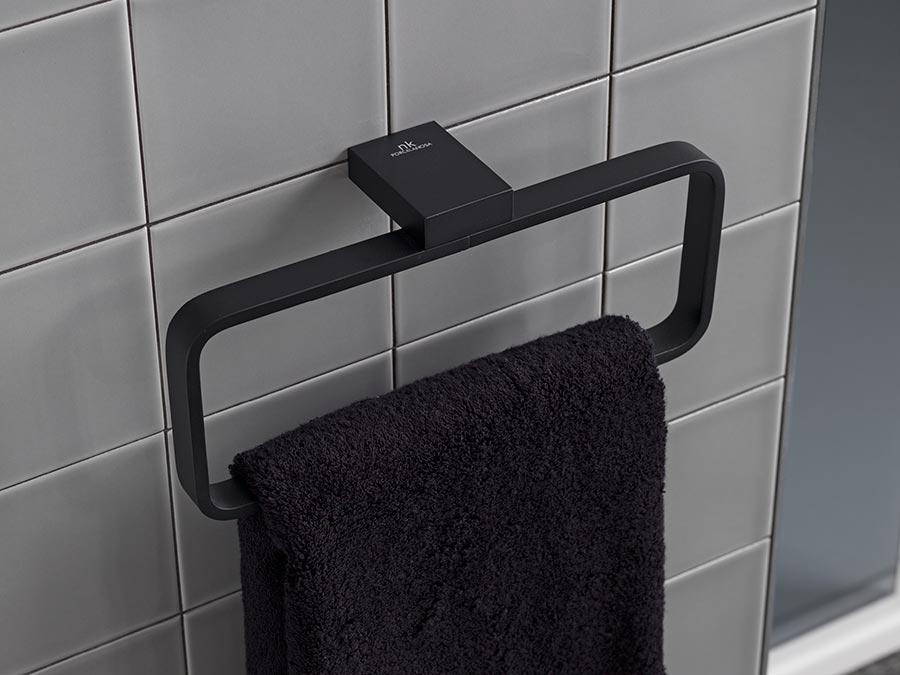