Faucets are key items in bathroom fittings. In this regard, their design must impress, without compromising other features such as functionality and sustainability. Our bathroom taps are at the forefront of modernity and innovation, and adapt to each user and the style of each bathroom. Porcelanosa Bathrooms sets the standard in releasing designs for bathroom faucets which are not only focused on avant-garde design and innovation, but also on meeting the demands of both the user and the bathroom style itself. Noken analyses each piece in detail from the early stages of the design, from the production phase right up to the service for our clients. All with the aim of guaranteeing bathroom faucets with a unique style, which are highly durable and sustainable. They are geared towards water and energy savings, less CO2 emissions in the atmosphere, the same as those from the WaterForest range.

Bathroom taps with quality as an essential value

The quality of the bathroom faucets is key for Noken, both in the production process and the choice of high-range materials. We conduct rigorous tests and and monitoring of the finishing of the taps to guarantee beauty, and excellent durability and resistance in the finish. The cartridge, which is seen as the central part of the faucets, is the reason why regular tests have to be carried out so that its reliability is controlled. These tests confirm the durability over the years, as well as the smooth movement for greater comfort for the user, meeting the strictest quality standards at the same time.

When it comes to bathroom tap design, we set the latest trends in interior design. Noken keeps an eye on the latest interior design trends in order to define modern-day and timeless bathroom faucets, which greatly enhance any project with their sinuous lines or simple finishes, depending on the bathroom requirements. As well as that, Noken is the leading company because of its range of finishes. Through the range of Finish Studio finishes, we offer unique and original proposals for bathroom taps, a broad catalogue with multiple options to make a more personalised bathroom a reality.

Step 1: Think of the bathroom as a whole

Before selecting the bathroom taps that are most suitable for a new modern bathroom project, it is essential to pay attention to all the elements that make up the bathroom: from the bathtub, sink and toilet, to all accessories and appliques, and right through to every piece of bathroom furniture.

Indeed, among the many elements that make up the bathroom, the search for harmony and functionality will be crucial to making the bathroom of your dreams come true.

When it comes to creating a coherent and harmonious aesthetic, the choice of fittings and screens is particularly important when deciding on the finish of the taps.

Step 2: Aim for energy savings in the bathroom through sustainability

When it comes to water, every drop counts, and that is why selecting a bathroom taps that promote sustainability is a responsibility we should assume.

Controlling energy consumption and water consumption in the bathroom is easier thanks to the WaterForest bathroom taps. The range of taps that includes different models—such as Oxo, Round, Square, Lignage and Forma—and features intelligent saving systems, such as the cold opening system, which avoids the unnecessary use of hot water and reduces the energy consumption of boilers and heaters; or the ECO aerators, which limit the water flow to 1.3 litres/min without affecting comfort.

Furthermore, all Noken taps can limit the flow rate and reduce consumption in the bathroom, which means that we can cut water consumption by up to 89% compared to conventional taps.

Step 3: Technology adapted to every need

Depending on the layout and dimensions of the bathroom, it is necessary to take into account the type of installation. The Noken SmartBox system is an aesthetic and versatile solution that hides the system behind the wall and allows greater freedom in the placement of bathroom taps and considerable space savings, either in countertop, floor standing or wall mounted basins.

This system allows taps to be installed both vertically and horizontally, integrating the mixer system into a small box within the partition and isolating the noise generated by the passage of water in the pipes. The result is quieter and more minimalist bathroom taps.

Another element to take into account when choosing the taps that best suit every need is choosing between thermostatic taps or mixer taps. This choice comes down to user preference, as well as a consideration of comfort and practicality.

-> You may be interested in: Shower mixer tap vs. thermostatic taps: pros and cons

Step 4: The ideal aesthetic and design for each project

Taps are a major feature of any bathroom: they are central design elements that play an essential role in the harmony and uniformity of the room.

This is why it is crucial to select the taps in accordance with the aesthetic style of the bathroom for an exclusive result that will round off the project. Noken's bathroom tap proposals feature a wide variety of collections for every style of bathroom: from minimalist bathrooms to more classic or vintage styles, always with maximum innovation and quality in materials.

Noken also allows Finish Studio customisation of the bathroom tap finishes for a unique result. This means each project can be customised with finishes in metals such as copper, brushed copper, chrome, titanium, brushed titanium, gold or brushed gold, as well as matt black and white finishes. Models in stainless steel are also even available for outdoor use.

How to choose a bathroom tap

To choose the best tap for your bathroom project, you must pay attention to certain aspects such as the materials of the taps, their design and their functionality. Another important factor is water saving: selecting a sustainable tap system will allow savings in resources, as well as financial savings.

What types of bathroom taps are there?

You can choose between wall-mounted or built-in taps, with the water outlet coming out from the wall, ceiling-mounted taps, or shelf-mounted taps, which are installed on the unit housing the washbasin itself. There are also floor-mounted taps, a minimalist option in which the pipes are concealed under the floor.

As for the type of spout, you can usually find high spout taps, low spout taps, foldable taps or extractable taps.

How do I know if a tap is good quality?

The material of the taps, as well as that of the interior cartridges, is essential to determining if taps are good quality. The finish, technology and guarantees offered by the manufacturer are also important.

Which is better, a mixer or thermostatic tap?

Choosing the type of taps is a matter of taste and comfort. While mixer taps are more common, thermostatic taps are an increasingly popular option due to the temperature stability they offer, especially in showers. 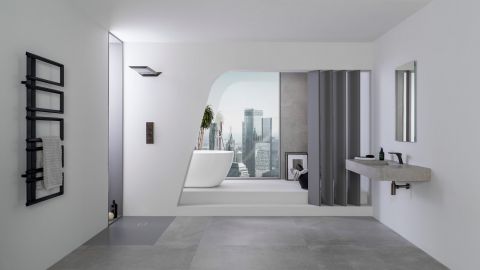 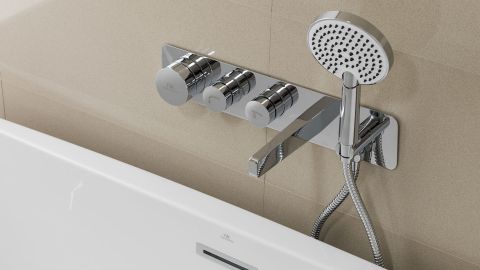 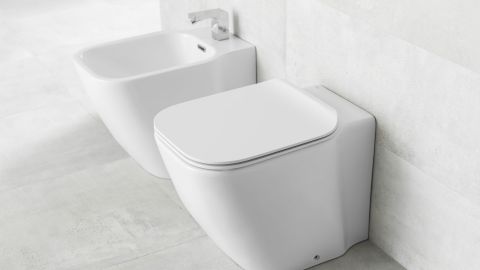 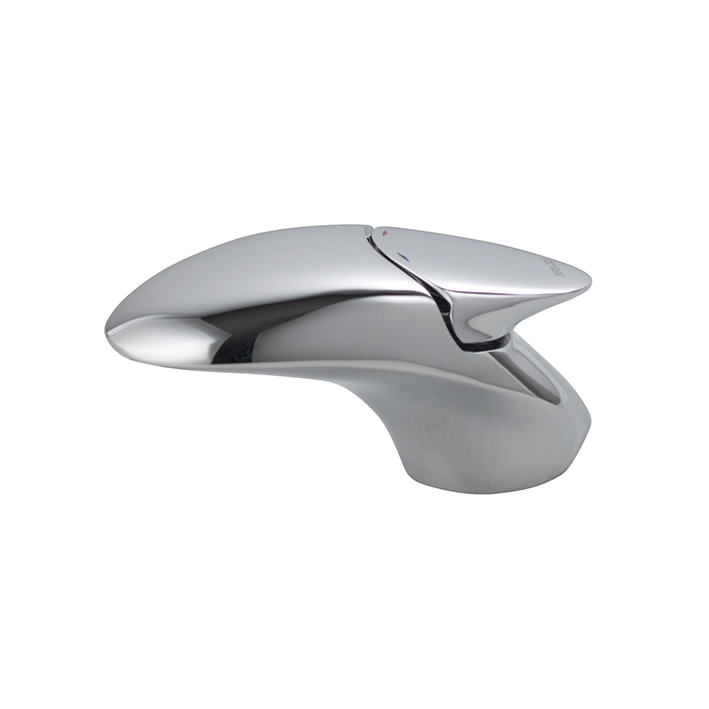 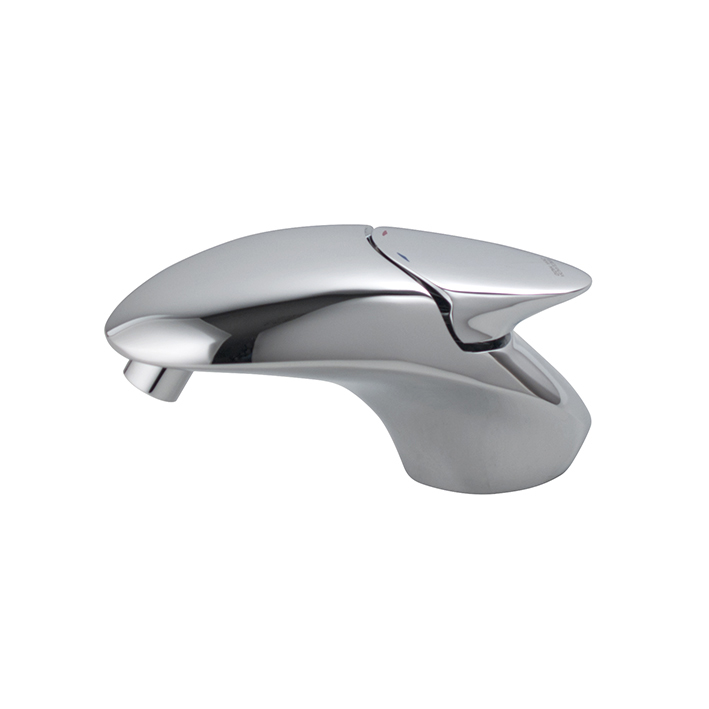 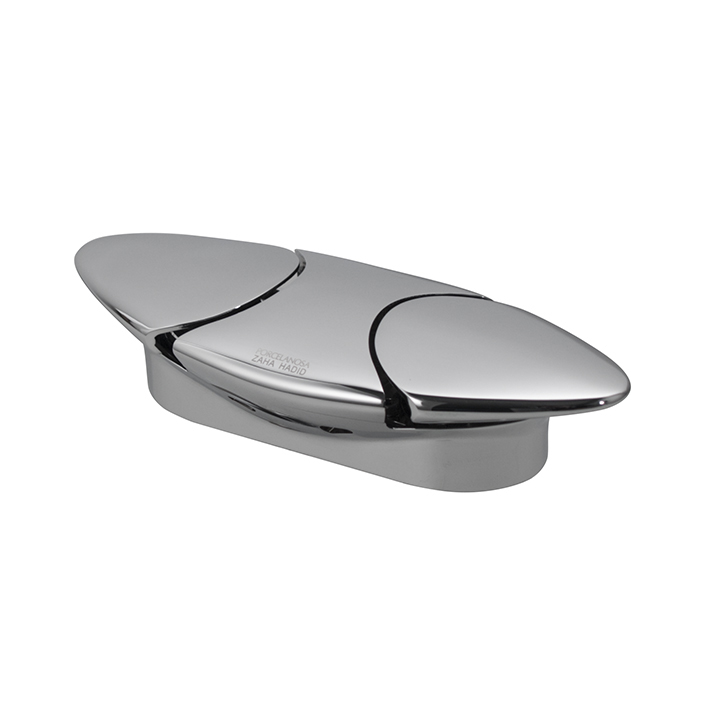 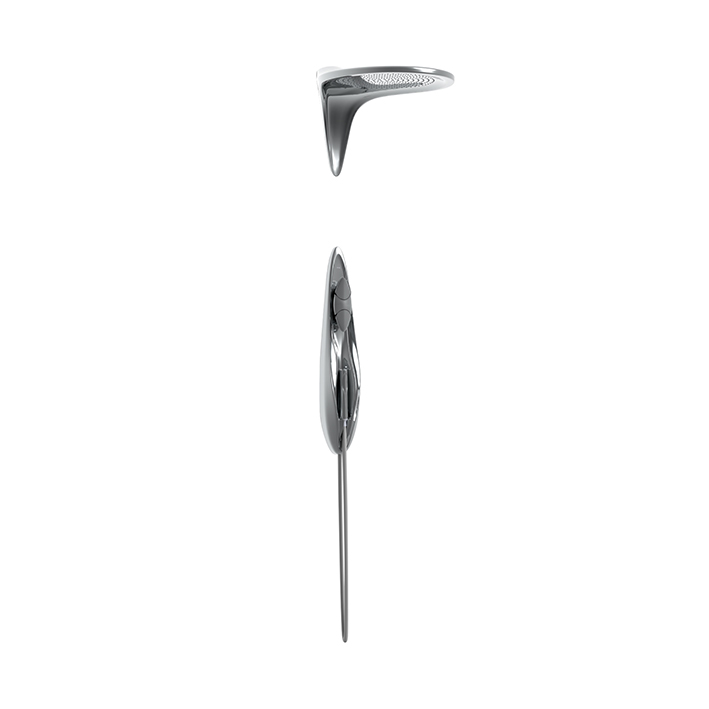 Shower column with headshower. Includes mixer and handshower with support 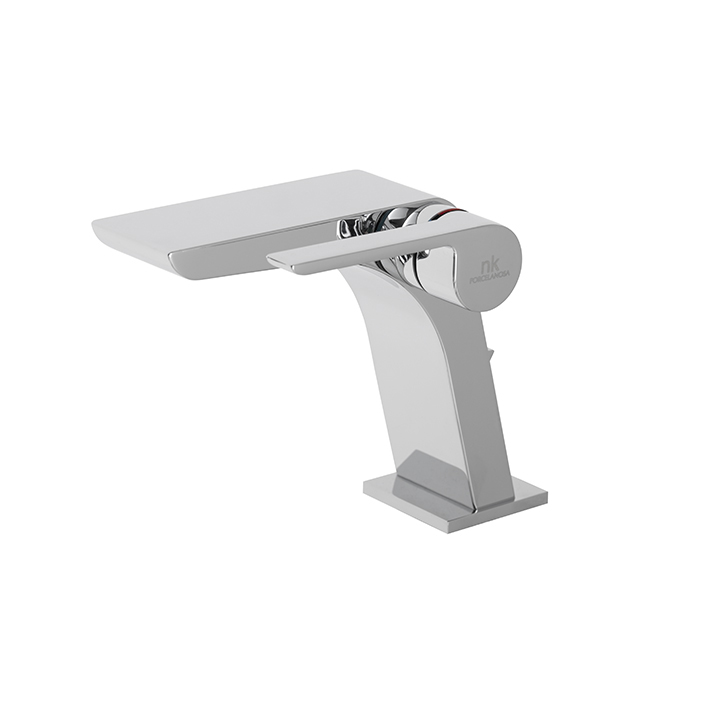 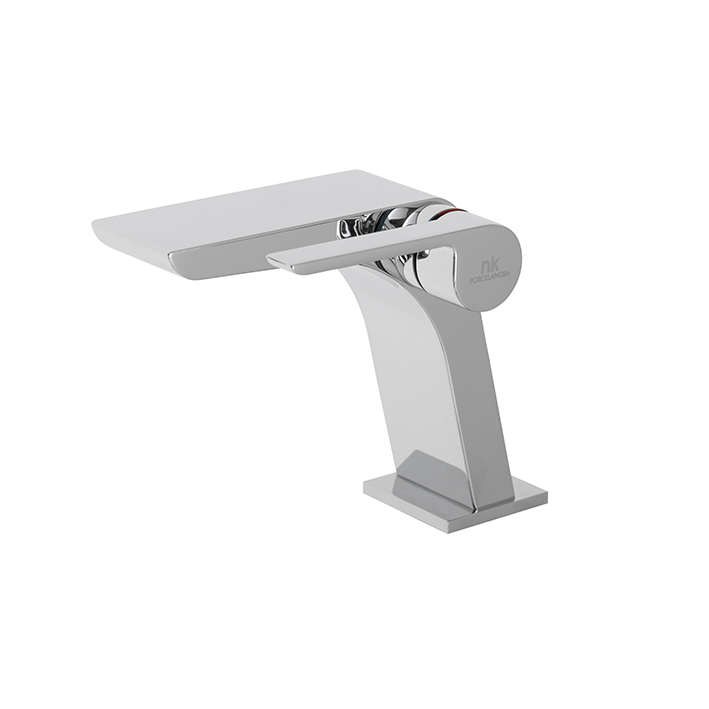 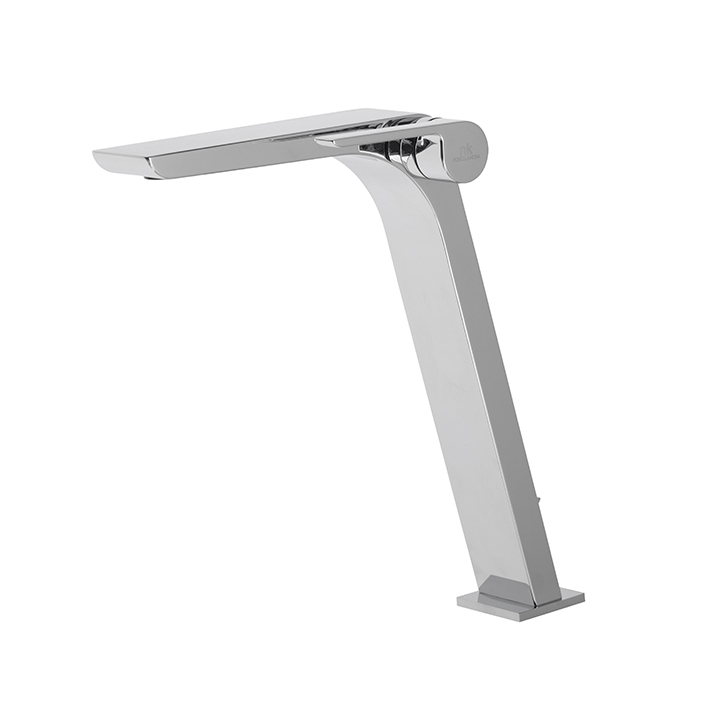 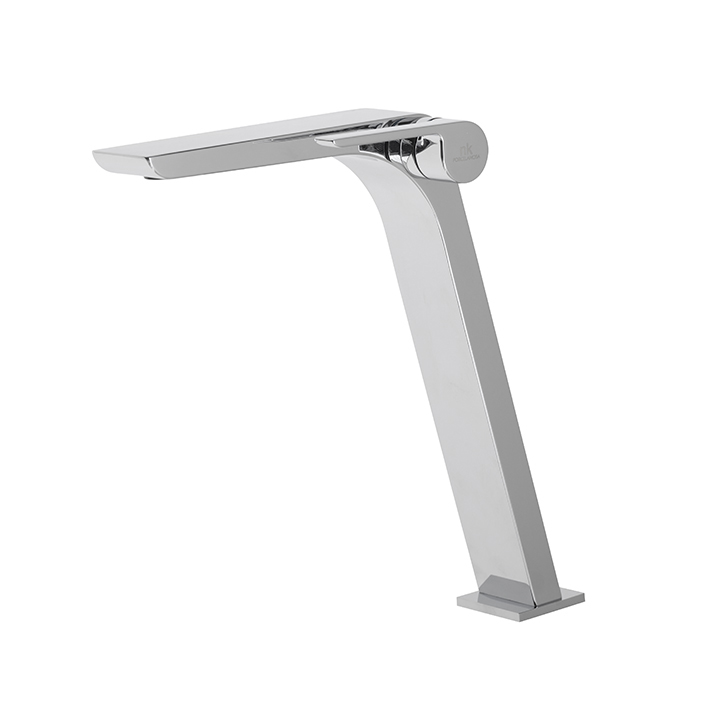 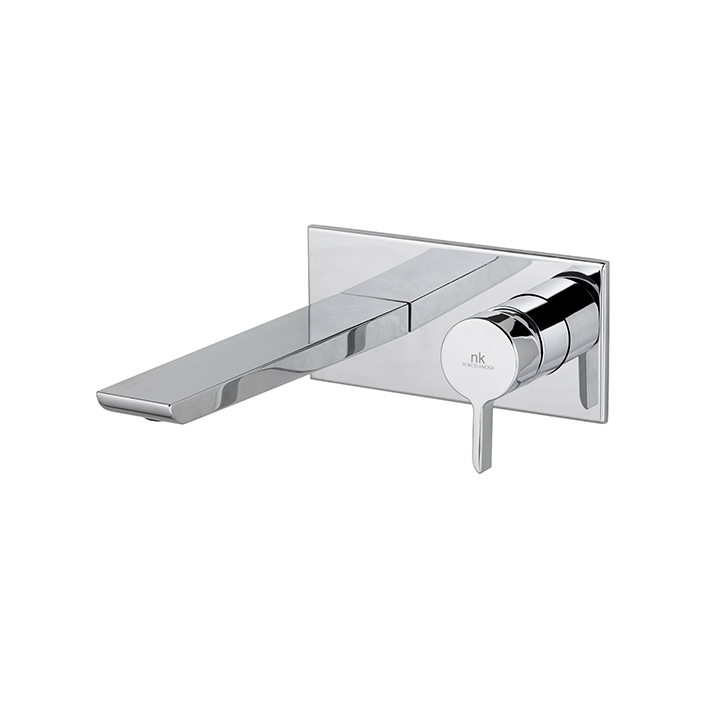 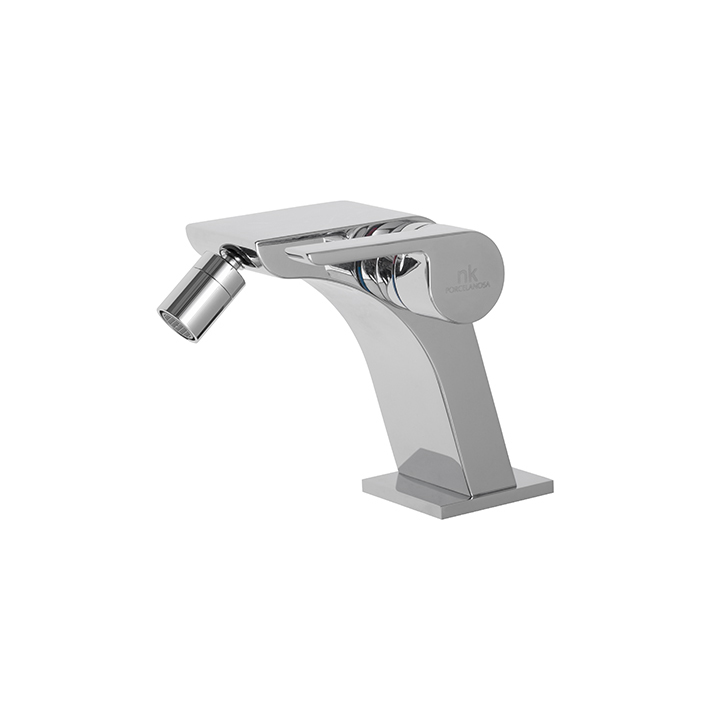 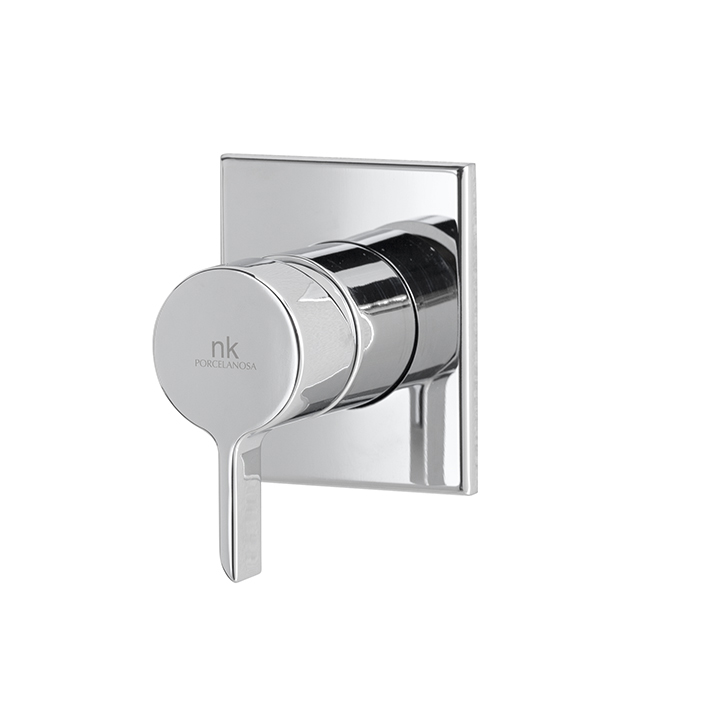