The “Best Residential Property in Europe”, according to the International Property Awards, has been done by Noken Porcelanosa Bathrooms.

Situated on the top of the Cala Ambolo (Jávea, in Alicante), ‘Villa El Sueño’ blends in with the natural Mediterranean environment opposite the Isla del Descubridor. 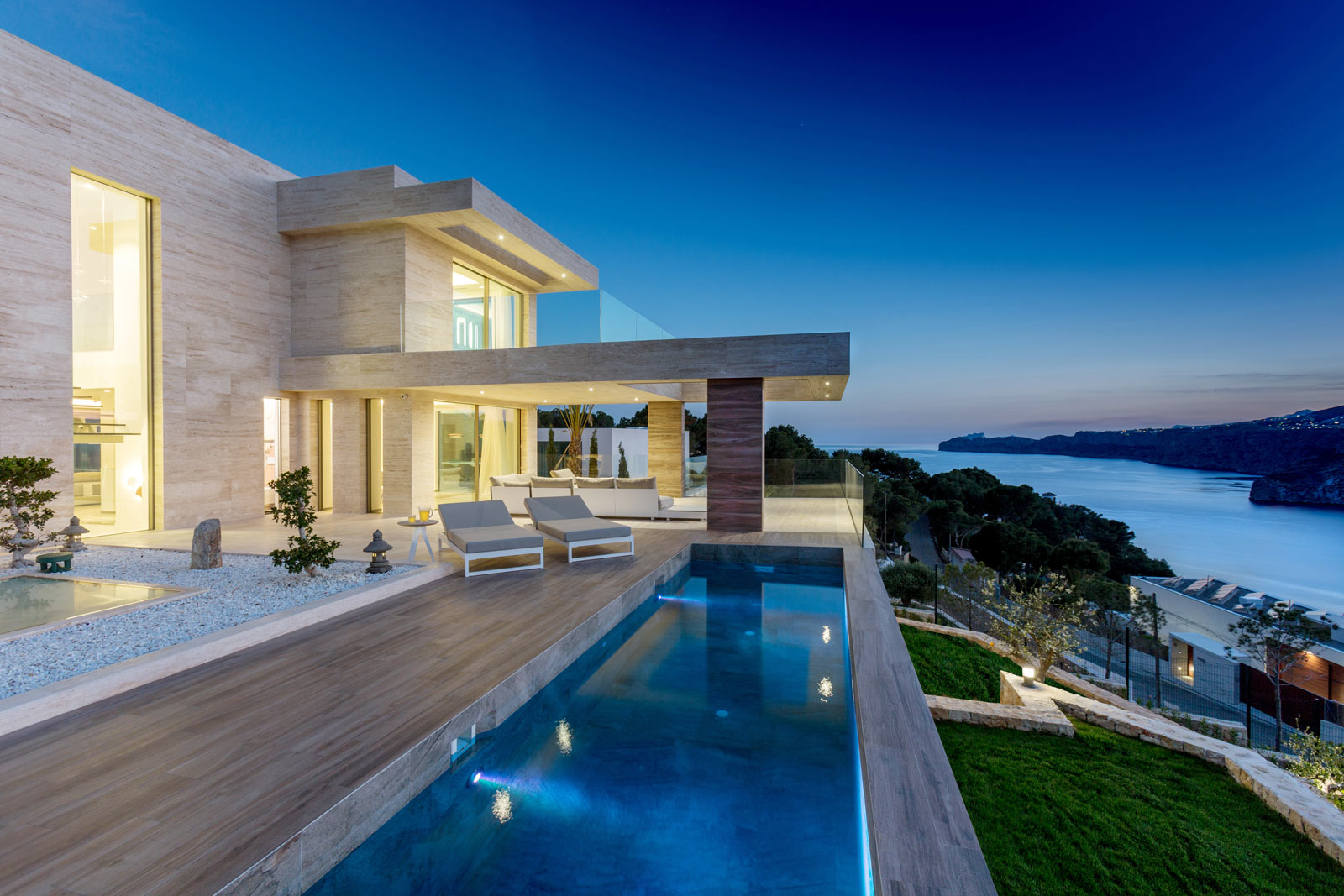 The house goes hand in hand with the limestone landscape and the crystal-clear waters, and furthermore, its architecture is the epitome of a perfect balance between man and nature. Without any obstacles or infringements. This is the reason why it has won the award for “Best Residential Property in Europe” at the International Property Awards, thanks to the environmentally-friendly design and materials, which have been chosen by Miralbo Urbana SL for its construction.

The 650m2 taken up by ‘Villa El Sueño’ have been thought up in such a way that it almost offers itself to the Mediterranean. An exterior which not only matches beautifully with the sea, but it also serves as a link between the environment and the interior of the house through its large windows. 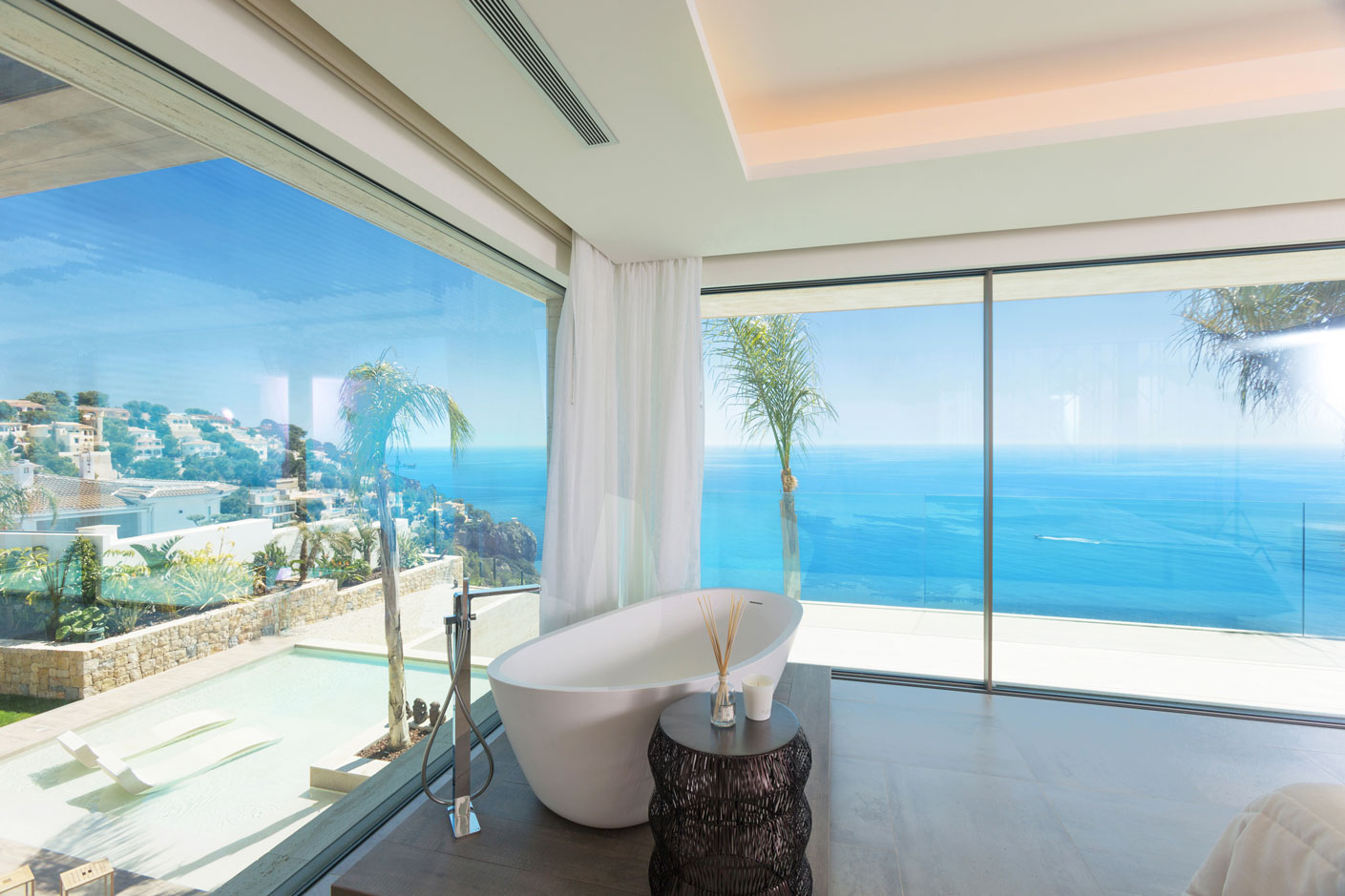 The opening up of the layout in the villa creates connections between the rooms and the natural light, which not play a leading role, but they are also enhanced by the white tones of the house interior design.  The sand colours, the soft wood and the white wall tiles create a combination of calm textures.

These tones also lead the way in the bright bathrooms for the bedrooms and the toilets, which are fitted out with Noken Porcelanosa Bathrooms, together with more materials from the Grupo.

The wall-hung sanitaryware belongs to the Forma collection and it comes with the Soft-close seat system from the same collection, and with the Smart Line dual flush button as well.

The bathrooms have been fitted out with toilet roll holders and hanger accessories in a chrome finish, which are also from Noken.

In the basement, where there is a Turkish bath, a jacuzzi and a sauna; the NK Logic straight ceiling mounted shower head with the cascade and rain effects with the SmartBox system were all opted for. 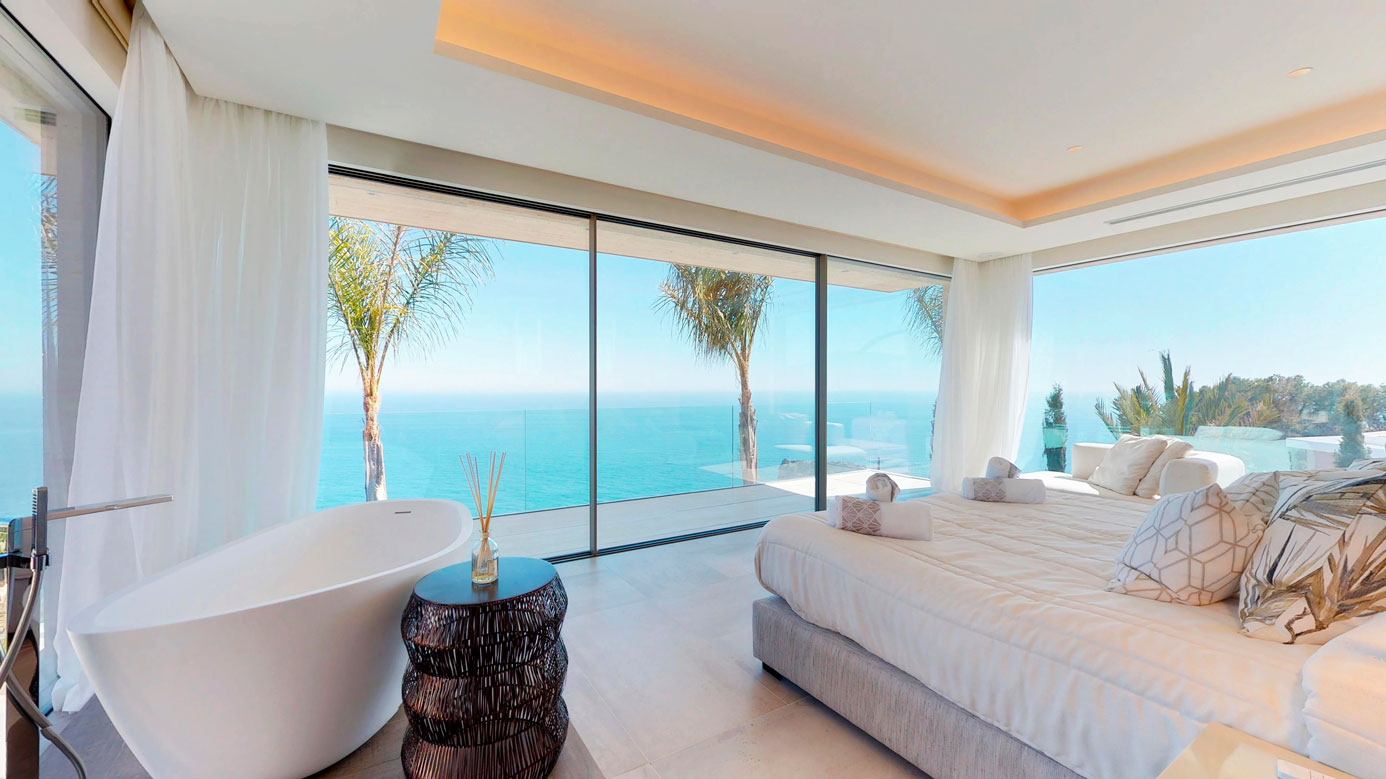 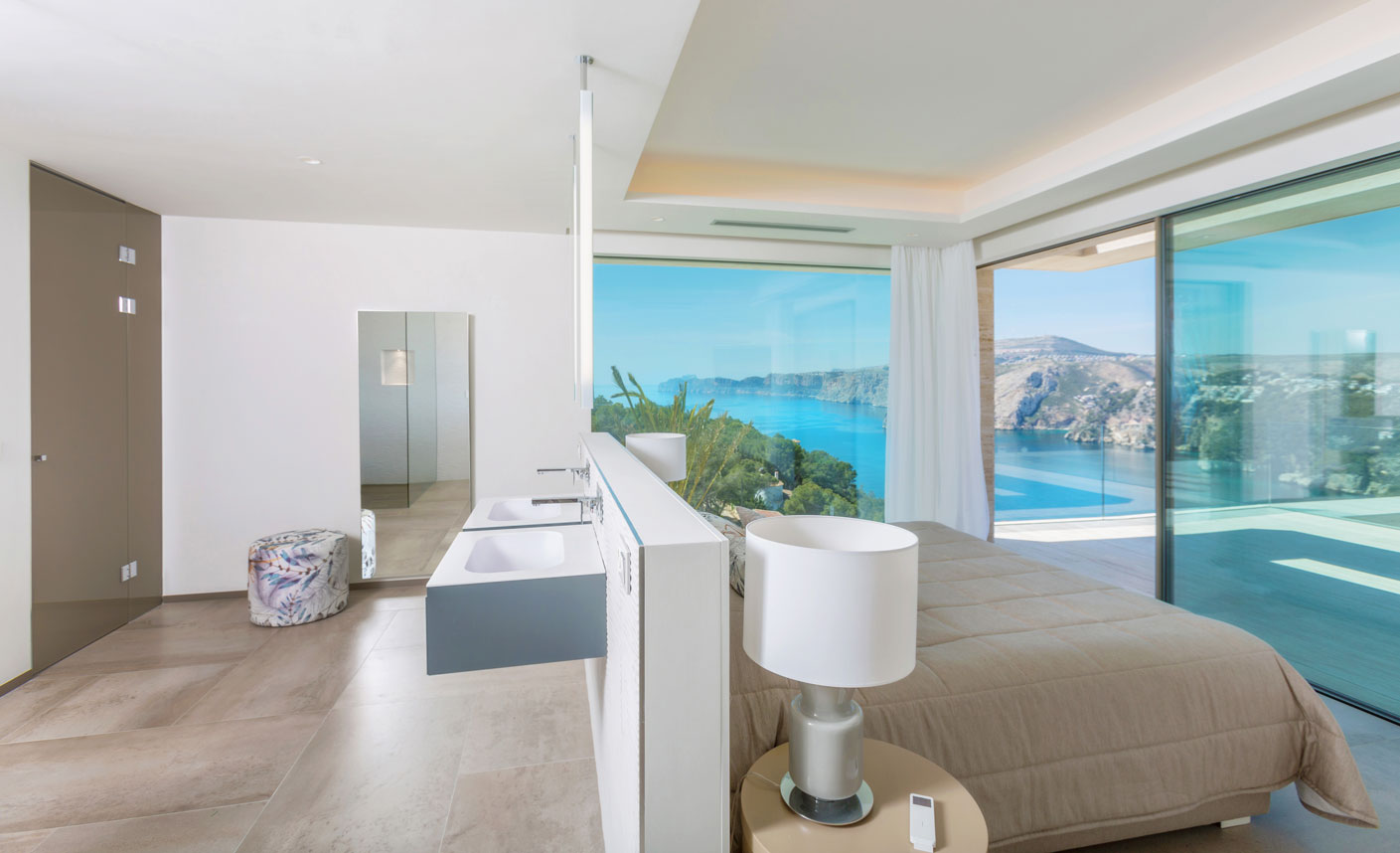 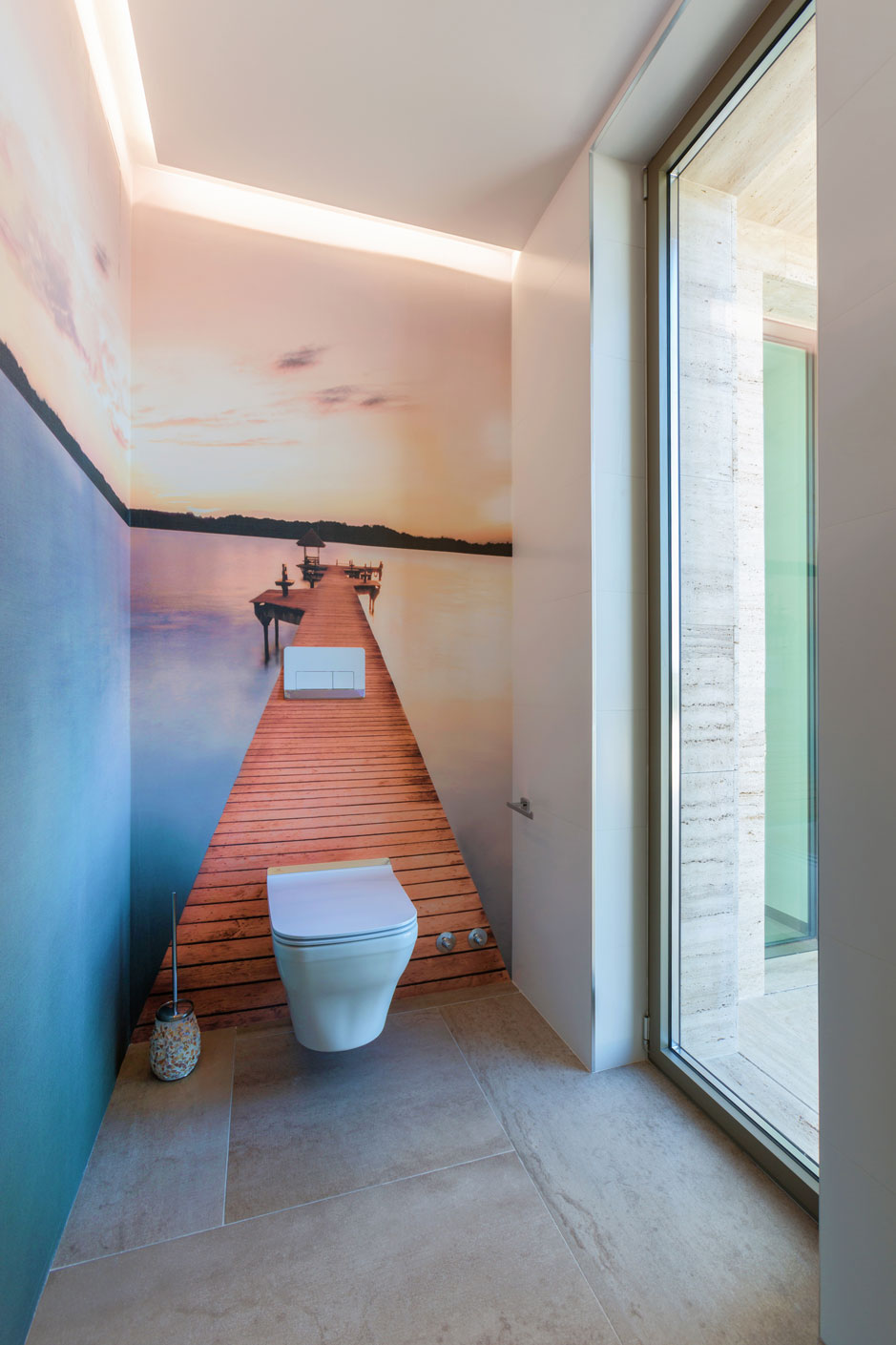 A cutting-edge design and sustainable architecture bring high-quality building materials together, which are the key principles for Miralbo Urbana SL which, are reflected in this unique project.