We keep on discovering the vision about contemporary design under the guidance of today’s most relevant architects on the occasion of Noken’s 15th anniversary. In this case, we would like to share Lamri Alaoui’s testimony, the Moroccan architect, with whom we share a passion for the continuous evolution of tradition, a theme which is in all of his work.

Little wonder then that, Lamiri Alaoui, sees architecture like a true reflection of evolution itself, a witness to traditions, related to a place in time, a space and a particular function. From there, it’s all about a discipline that’s in continuous change, so, in the end, he takes on the responsibility of building the world that we live in. Therefore, he is both a “science artist” and a “social artist”, at the service of humanity, culture and aesthetic. [caption id="attachment_755" align="aligncenter" width="211"] 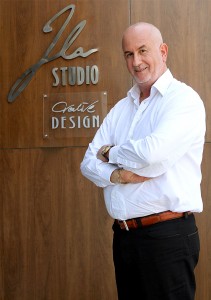 Jamal Lamiri Alaoui[/caption] Considered as one the major Moroccan architects, Jamal Lamiri Alaoui shows off his roots in each one of his projects, characterised by big open spaces and light, making use of the traditional architectural concepts from his birthplace in both residential and tourist complexes in Morocco, the UK and the UAE. The mark of identity in his work has taken him to prestigious heights, forming a huge reputation, which led him to being selected by Sheikh Zayed for the construction of his palace, and for the rest of his 0 homes, both in the United Arab Emirates and in other parts of the world. Do not miss the Jamal Lamiri promotional video, where he compares the architectural figure with that of a painter, inspired by the contemplation of landscape. He is able to both imagine and interpret a whole new dimension. Like so, an architect’s role is one of an observer, who wants to transmit their way of seeing the world through their design. We hope you feel inspired by his words. Testimonials: Jamal Lamiri from Noken Porcelanosa Bathrooms on Vimeo.