We solve a major dilemma when undertaking work: opt for a single-lever shower mixer or, on the contrary, for a thermostatic mixer?

Once you know the advantages and disadvantages of each, you can choose the ideal design for your bathroom.

Mixer versus thermostatic tap, which is better for my shower? We want to show you the advantages and disadvantages of both, and the cutting-edge design that we are known for. 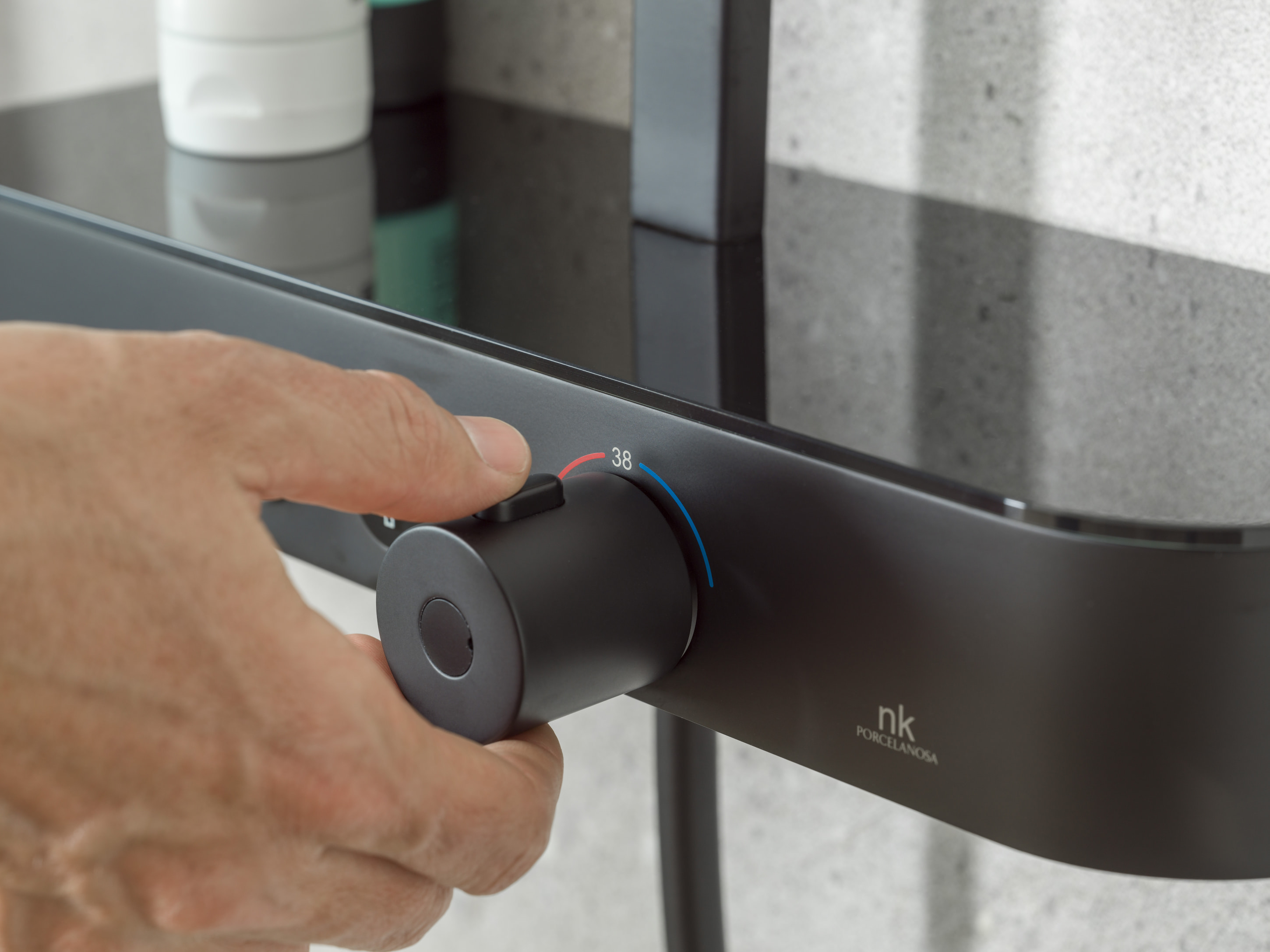 How a thermostatic shower or bath tap works?

Thermostatic taps have two controls, one used to adjust the flow rate easily and intuitively, and the other one for selecting the desired temperature manually. 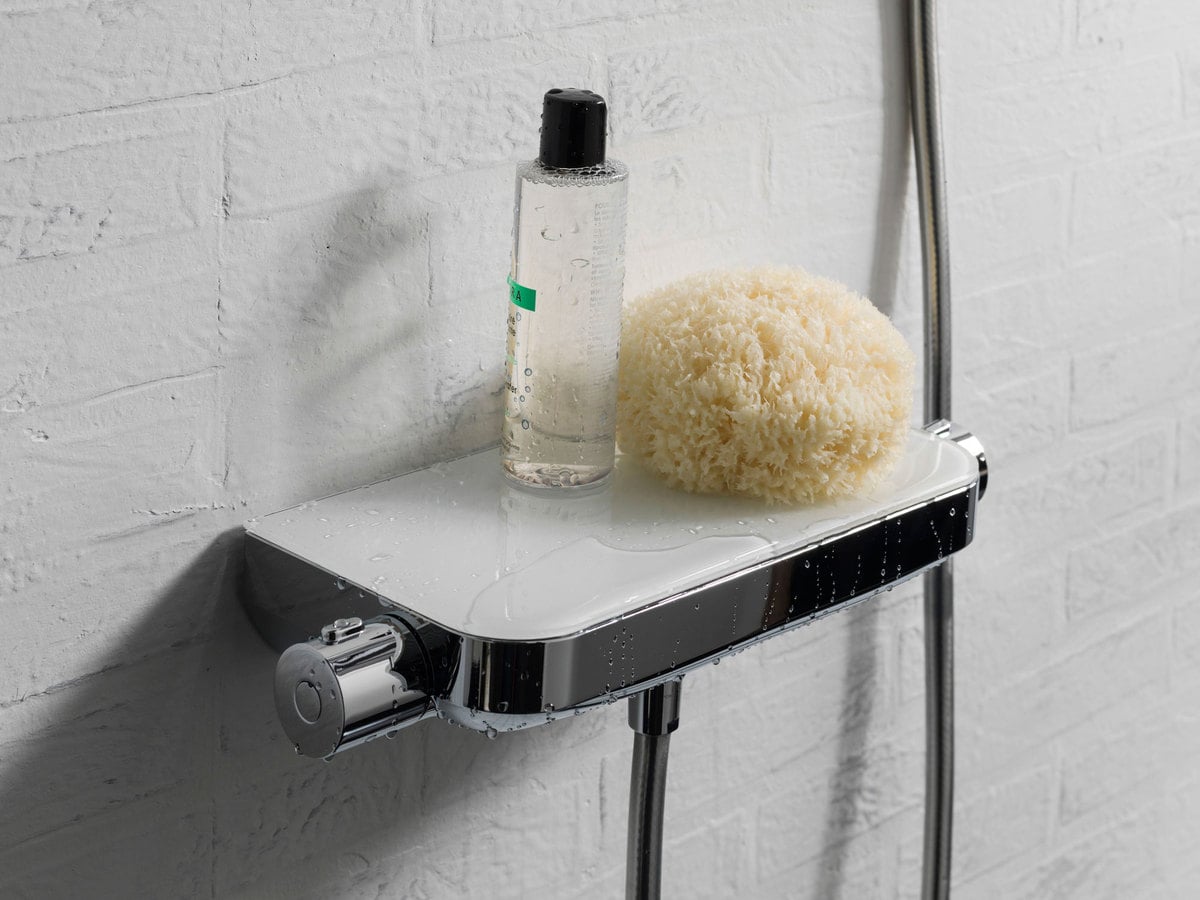 2. Energy and water saving. Our cartridges have been designed to reach the desired temperature quickly and consistently. As a result, we are committed to greener taps that promote sustainability and avoid waste. Some of our thermostatic taps also feature the Noken Eco-Stop button, which limits the maximum water flow once the user reaches the mid-travel point of the handle, thus leading to water savings of up to 50%.

3. Safety. Bathroom safety is crucial for Porcelanosa Bathrooms. Therefore, our thermostatic taps include the SAFE STOP function, which blocks water at 38ºC to guarantee safety, especially for children. This system also cuts off the supply of hot water in case of an interruption to the cold water supply, therefore avoiding the risk of getting burned. 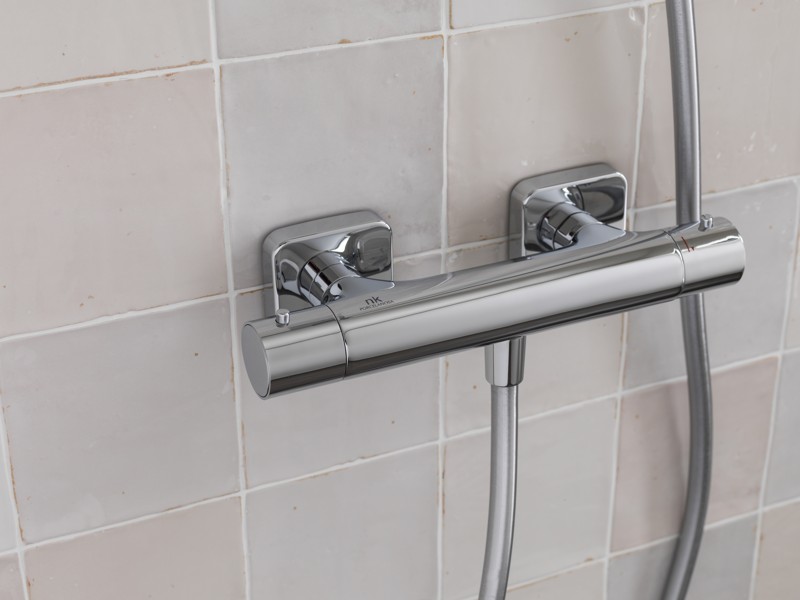 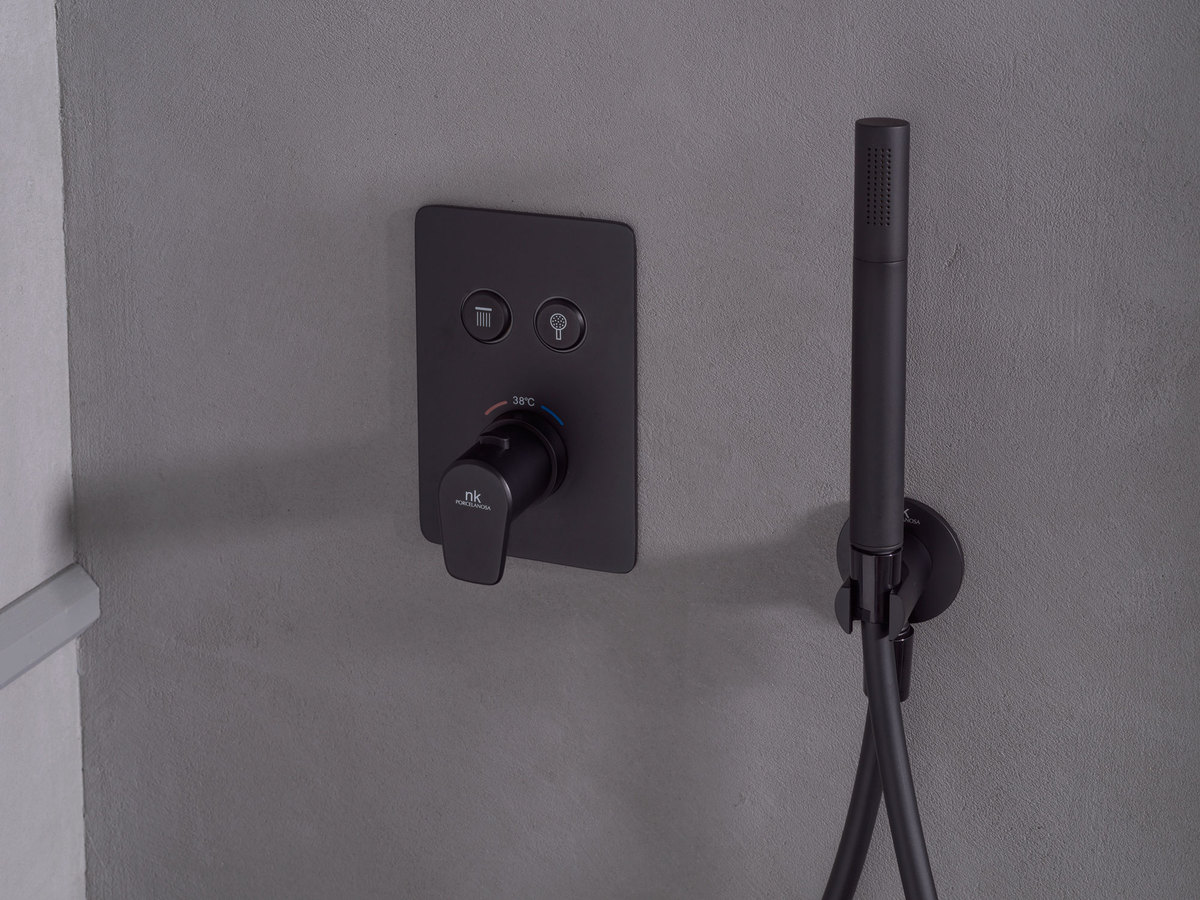 Another option when deciding on the bathroom design is to opt for a mixer tap. This is the most common one in homes, and is instantly recognisable by users: with a single mixer, you can control both the water flow and temperature.

How a shower mixer tap works

A shower water line with a mixer tap contains cold on one side and hot on the other. The tap's internal valves open or close (or align for lukewarm water) with different outlets that allow the water to flow depending on whether the lever is turned to one side, to the other, or kept in the central position. 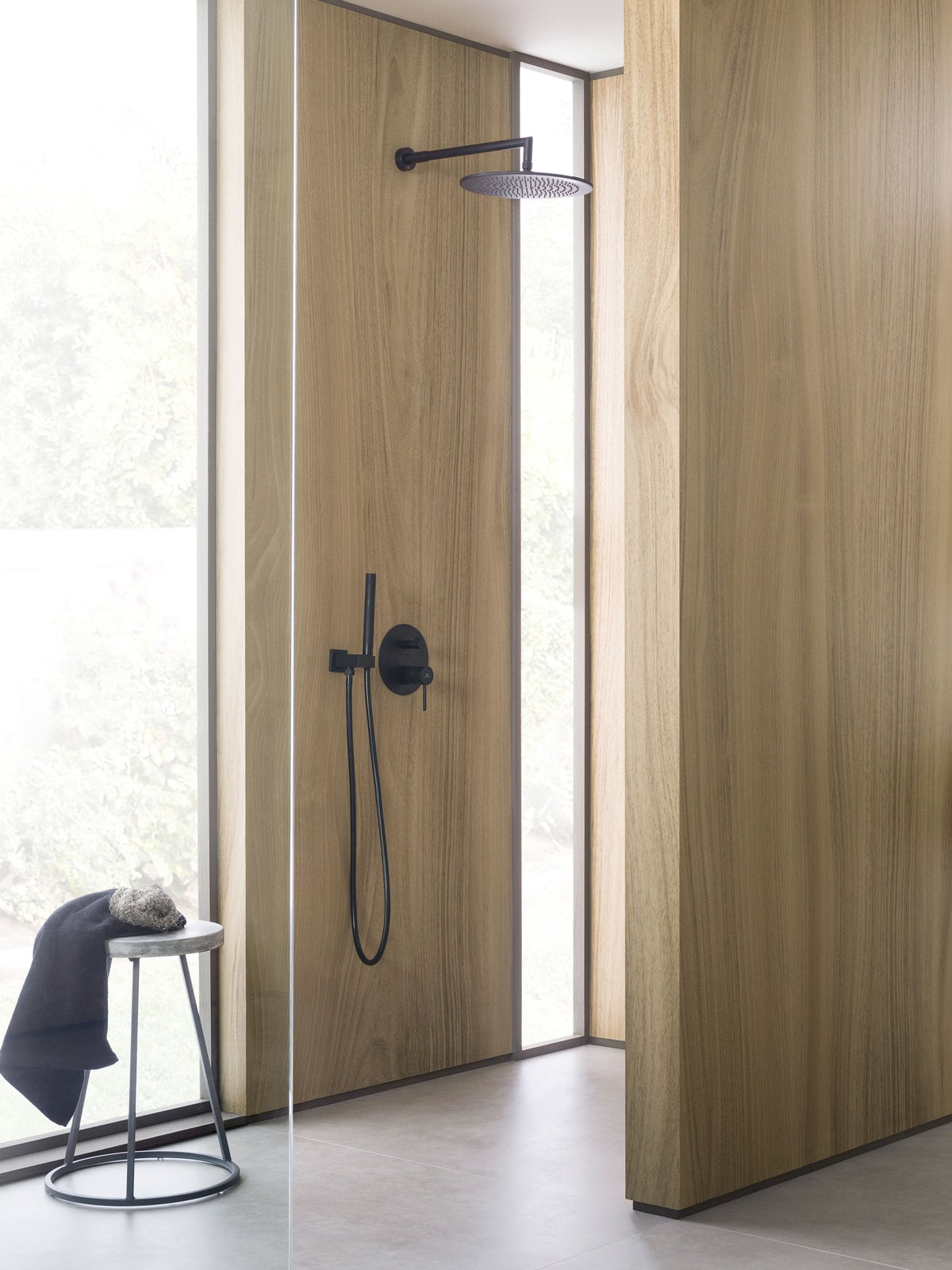 Some of the considerations or drawbacks to keep in mind when using a mixer tap for a shower include: