Noken in Germany. Its consolidation as a leading company in bathroom equipment

Noken is, today, one of the active Spanish firms in bathroom equipment that has acquired further consolidation and positioning in the German market. Thanks to the quality and uniqueness of its bathroom products, the PORCELANOSA Grupo firm has acquired remarkable growth of its market share in this country over the last five years, being an outstanding choice for the most famous of architectural and interior design firms.

Definitely, one of the most important milestones behind this increase of notoriety in Germany has been the partnership held by Noken with two of the most important associations regarding sanitation in the country: BAD + Haus and SHK. Through this agreement with the two major distributors of bathroom products in Germany, Noken has positioned itself not only as a benchmark for design and quality, but also it has successfully expanded into the historical region of Westphalia, where Noken has a permanent exhibition of BAD + Haus. Noken has managed to settle there, thus providing exclusive bathroom design solutions for all major professional in and around the area.

2013 was an important year in terms of consolidation for Noken in Germany. That same year, the creation of an ambitious infrastructure took place in the distribution network of Noken in Germany. With this important action, the brand is established in the market permanently, resulting in the opening of a Resource Centre, which includes an exclusive exhibition for Noken as well as a technical office and a logistics centre for all of Germany in Baden-Wuerttemberg, in the southwest of the country. This set of spaces works because of the launch of Noken’s products and its latest designs, aimed at inspiration, information and technology spaces for the implementation of the most sophisticated products in bathrooms. Thanks to the work of a highly experienced team of professionals, headed by Emilio Atienza, ensuring excellence in planning and design,  Noken can turn any project into reality, no matter how demanding it is, ranging from  luxury hotels to offices or private residences.

Because of the loyalty of this structure and a strong client base, in 2014 distribution warehouses in the north and central Germany were created. The position of Noken at the forefront of the bathrooms equipment in one of the most important markets in Europe, was therefore evident. 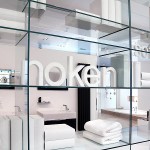 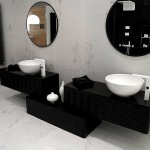 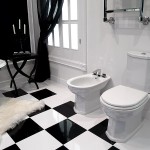 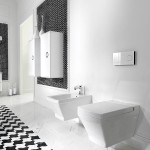 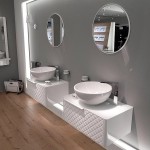 The deep development that the bathroom equipment firm has undergone in Germany in recent years has proved successful with the opening of various sales outlets, such as the new Holzerlingen showroom opening by the distributer, Nevendo. There, Noken connects with professionals by means of the exclusive exhibition of its products and latest designs, ranging from the most technological taps or shower heads, to the most elegant bathtubs, basins, sanitarywares or bathroom furniture.

The relevance that Noken has in the German market is also evident in its cemented condition as the product provider for bathroom design for big investors, such as Hanseatic Group, Gädeke Group or Ara Ubiorum. 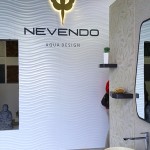 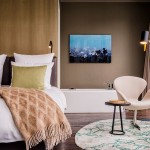 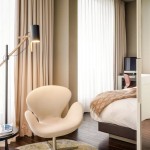 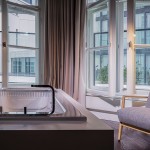 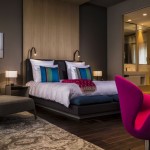 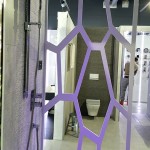 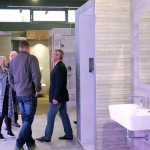 Considered as the benchmark in the bathroom sector in Germany, lots of designers and interior designers have already trusted in luxury, performance and high quality that Noken provides them with when carrying out their bathroom projects. The brand has been the choice for hotel projects, such as the iconic Das Stue Hotel in Berlin, which was opened in 2013, and one can find the taps from the Lounge collection by Noken in its Embassy rooms. Noken is also active in residential projects, such as the “Ciel et terre” residential in Düsseldorf, whose 200 top-range dwellings exclusively have Noken’s products in their bathrooms.

Another new project by Noken will be completed soon. In other words, the Sofitel luxury hotel chain has opted for Noken as the firm which will provide the bathrooms in its next hotel in Frankfurt.

Given its positioning, corporate image and distribution network, wthout any doubt whatsoever, Noken is, at present, a growing renowned brand in Germany. A bathroom equipment business giant in central Europe.