Interiors FULL of COLOURS: bathroom and kitchen designs that vibrate in full colour

The arrival of the summer heat always brings a colour explosion. In interior design, an endless number of tones fill the rooms through decorative elements, however, we must not forget that it is also possible to make the colours become a part of the structure itself. In fact, in 2018, introducing colour through wall tiles is now trending.

Together with the PORCELANOSA Grupo and its new White & Colors collection, we fill bathrooms and kitchens with colours so that the atmospheres vibrate. Fresh and cutting-edge designs that acquire added value with the uniqueness of our taps. Six pieces for six bathrooms and kitchens that will make projects acquire extra exclusivity.

Powdered pink or quartz pink is one of the colours of the season. A tone that has not left interior design since 2016, when it was named as the Pantone Colour of the Year next to Serenity blue.

In 2018, powdered pink is trending, combined with other finishes. Copper, present in our Lounge collection bathroom taps by Simone Micheli, is an ideal colour option for combining with powdered pink from White & Colors. Due to this binomial, the bathroom becomes much softer, fresher and more original.

We highlight the Lounge taps in the Premium Cooper finish, and the quality of its finish in PVD, anti-scratch and anti-corrosion. These taps are also sustainable due to their flow limiter, which makes it possible to save water. 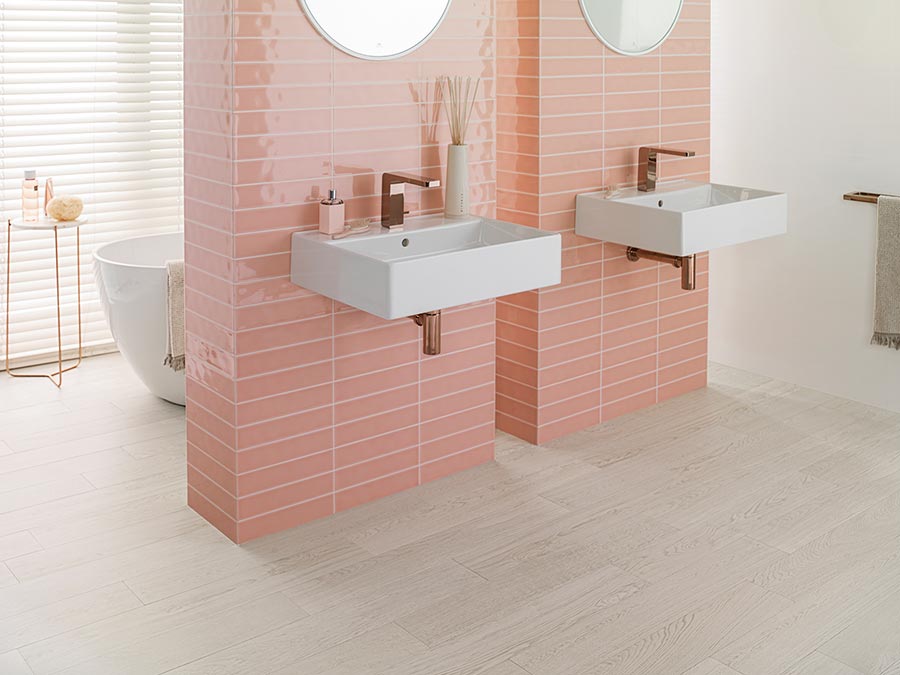 Off-White + Round taps in a matt finish: a bathroom with industrial touches

An industrial style bathroom is possible with the subtle incorporation of our Round taps in a black matt finish. This finish combines chromatically with an off-white wall tile like the one in this bathroom. Its sobriety breaks the sense of depth from the black matt, and it makes the taps play a leading role, if that is possible, in the space. In this design, greater lightness is achieved due to the wall-hung basin taps with the Smartbox system. The black matt shower pack also stands out, with the Neptune Slim shower head, the Nk handshower bar and the Round shower taps. 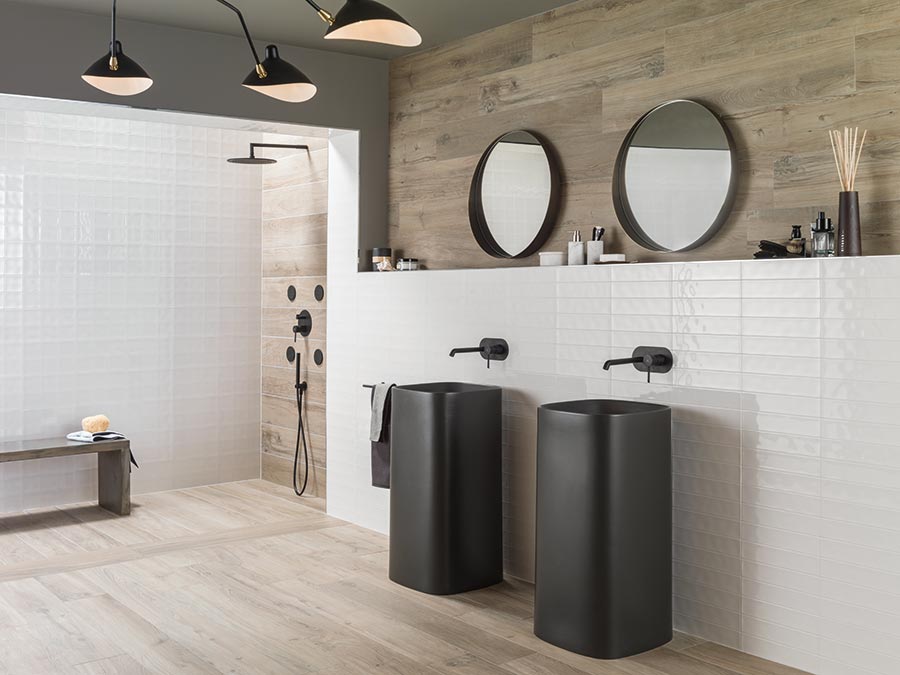 A bathroom that is 'submerged' in one of the sea tones: payne grey. An elegant mix between grey and blue which delights this shower space, in which the bathroom equipment by Noken Porcelanosa Bathrooms is the main attraction. The Irta shower head, together with the Pure Line thermostatic taps, allow the user to select: the flow, the temperature and the water outlet for greater comfort. The atmosphere also includes Tone accessories: a practical and chrome finish, which completes this 'look', which is inspired by the Mediterranean. 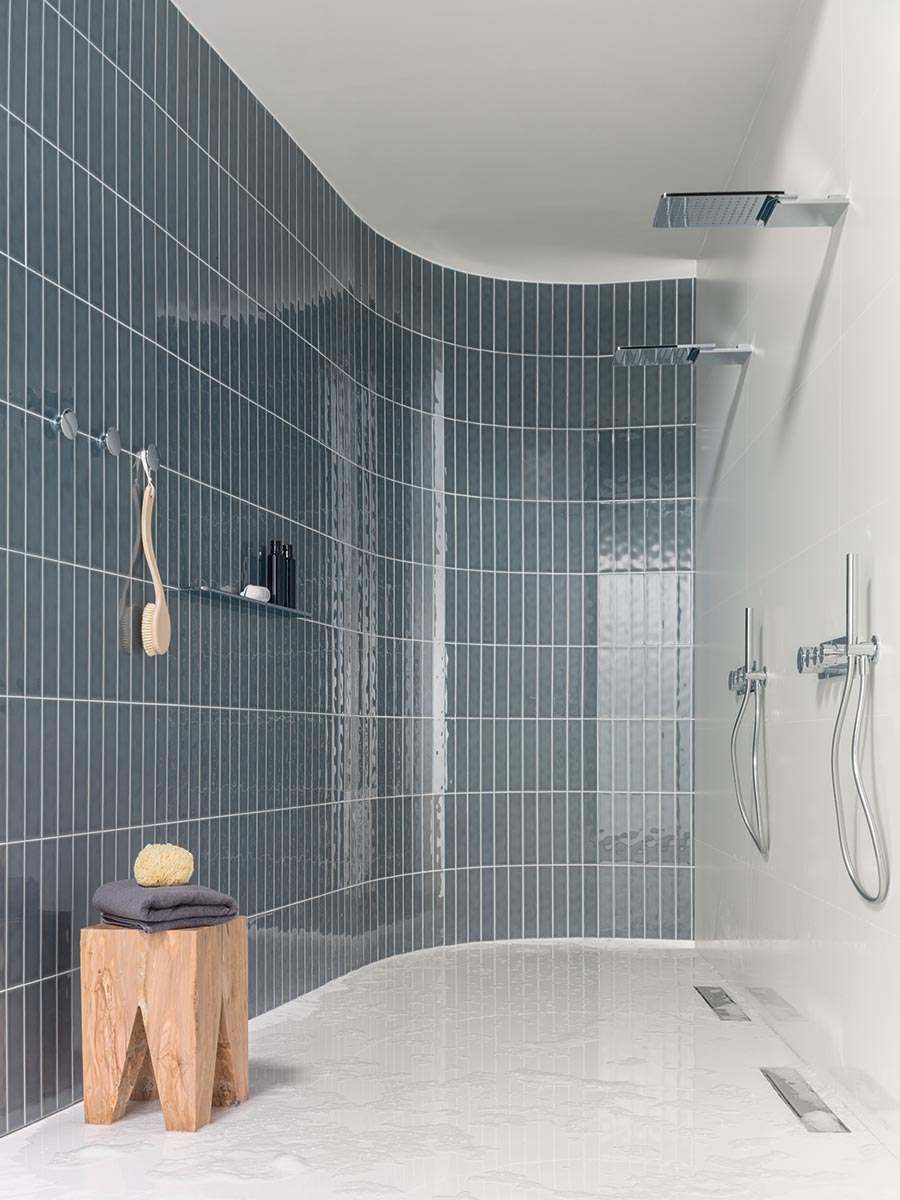 Elegance and warmth. In this bathroom the beige and cream tones prevail. These enhance the comfort and the welcoming feeling for the user. Noken Porcelanosa Bathrooms completes this atmosphere with the Foster+Partners Tone taps for basins and bathtubs alike, with the latter coming in a floor mounted version. As well as that, the basin taps are recessed, which includes a built-in unit. 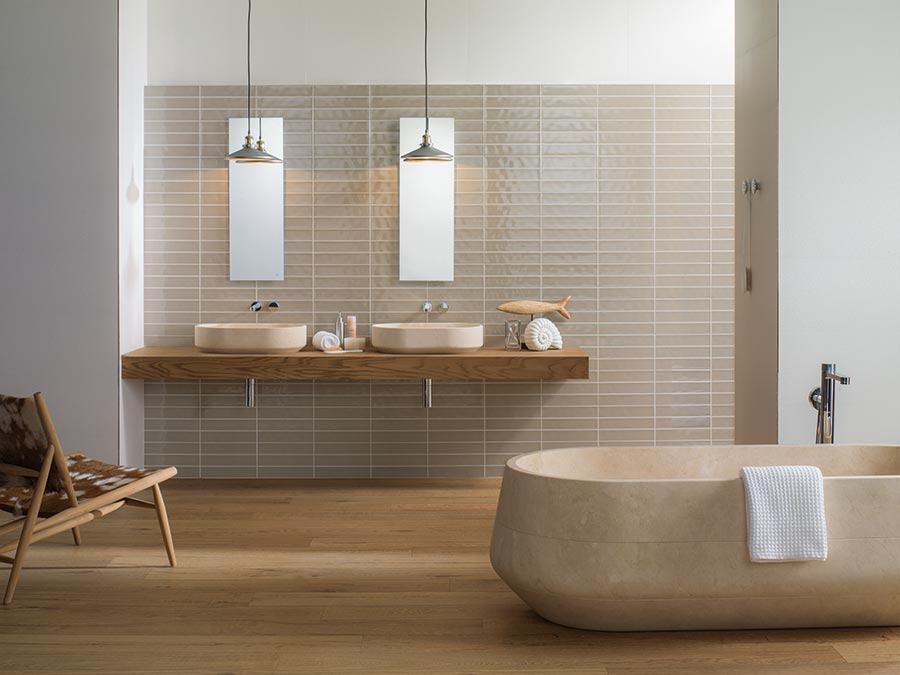 Black & white is a synonym of timelessness. White, black and their in-between tones, such as this stone grey colour which exudes subtlety and beauty. The ‘white’ touch is represented by the Arquitect basin, whereas the ‘black’ one is represented by the Round taps, specifically, the single lever basin mixer with the Eco aerator and the cold-opening system for a higher water and energy saving. 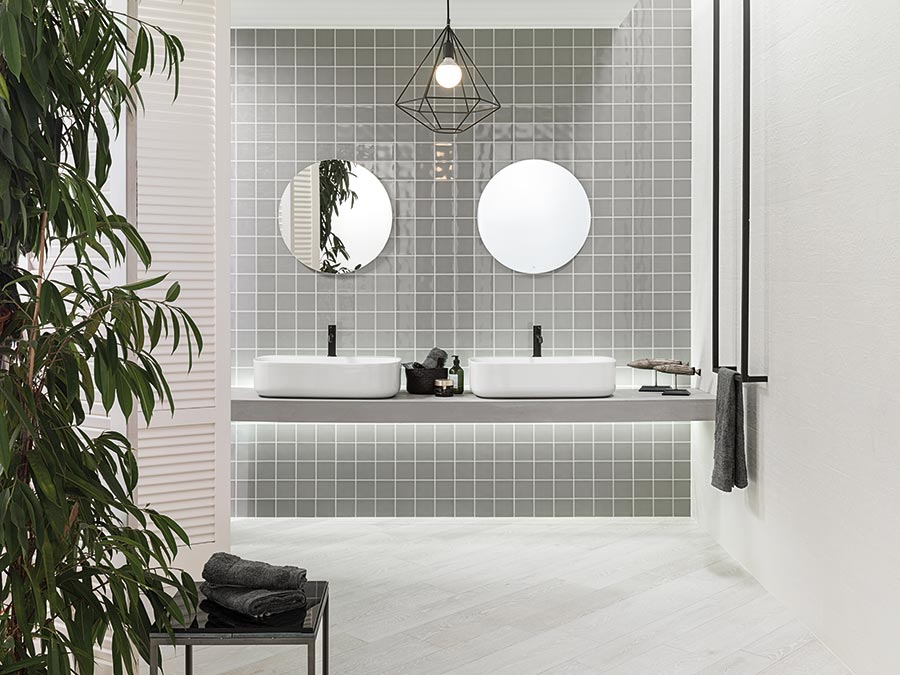 The kitchen is the same as the bathroom, in relation to it being a space for experimentation. Culinary and decorative, through colours and tones which really liven it up and make it more original. Two taps for two designs:

The Ochre yellow is the colour of light from the sun. We are dealing with a tone which is all about conveying enthusiasm and positive feelings. This is the reason why it is the ideal colour for a modern and singular kitchen. The kitchen tap design for this space cannot be any other than the Spring taps, with a sophisticated practical design thanks to the curved shape for better water control. 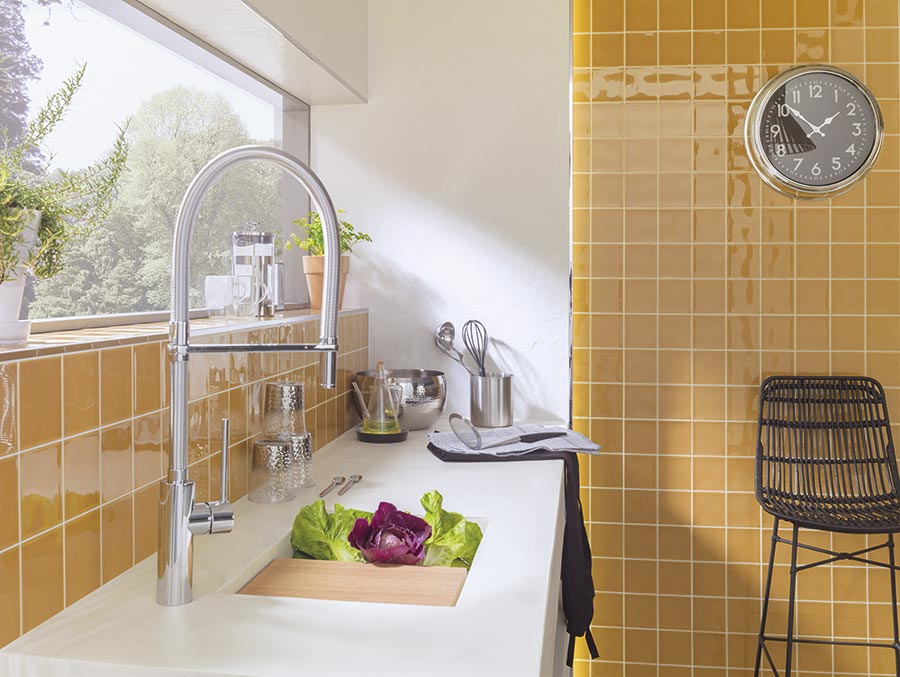 It is the powdery pink again, and this time it makes a kitchen space become softer. A trendy tone for an atmosphere where creativity is unleashed, and cooking is a delight. We combine the powdery pink of the White&Colors by Porcelanosa with the Next kitchen taps, avant-garde and functional, and available in a chrome and inox finish. 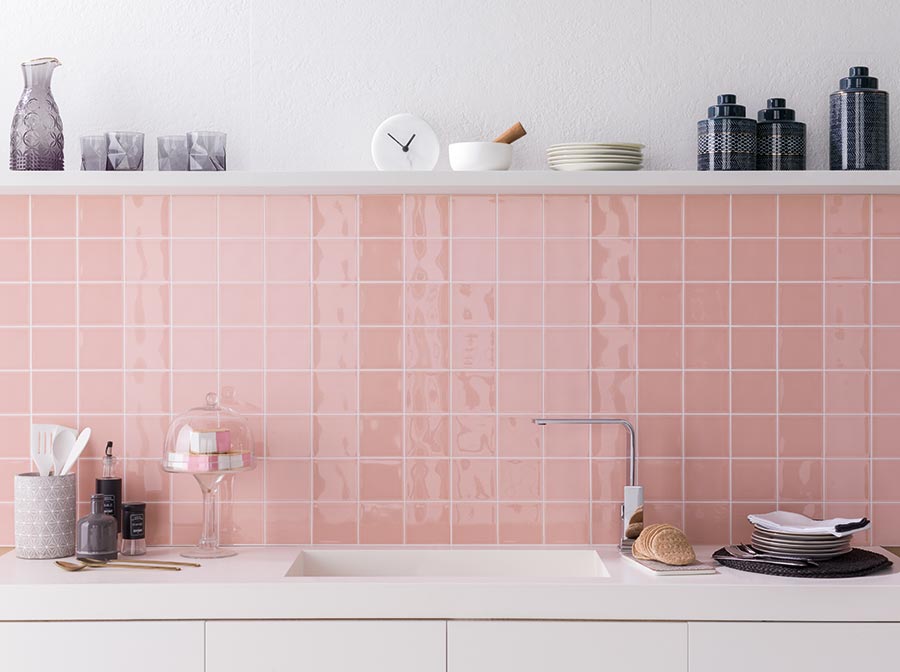 The colour has undoubtedly reached interior design in order to stay. What is your mood? Make sensations, energy and the most positive feelings become a part of your bathroom and kitchen.