How to opt for a shower tray

Ceramic, acrylic, fibreglass, and resin and mineral shower trays. Having a good command of the materials available in the range of shower trays is key to making the right choice which matches with the project that is to be carried out.

Opting for a shower tray in a project is not only an aesthetic decision but also technical. The limitations in terms of installation and the material choice in which it is manufactured, are two of the most relevant variables in a wet space where ensuring resistance, long-lasting features and people safety is a must.

What are the options when it comes to opting for a shower tray?

We offer a wide range of possibilities regarding shower equipment; from recessed shower trays at ground level to the inclusion of textures and finishes which find their inspiration in stone and natural wood.

Beyond the aesthetic and shape of the shower tray, nowadays several different materials are offered that we must know about before taking any decision, not only because of the aesthetic they convey, but also because they will have a direct influence on the handling and maintenance requirements.

It is the classic shower tray. Its benefits and advantages are hygiene, easy to clean and chemical resistance; they also offer competitive prices. The downside is that they are less light and fragile compared to other options, resulting in an increase in handling costs in the installation, and they can be more easily damaged by knocks as well. As well as that, the finish is colder and more slippery, and they are only available in white. 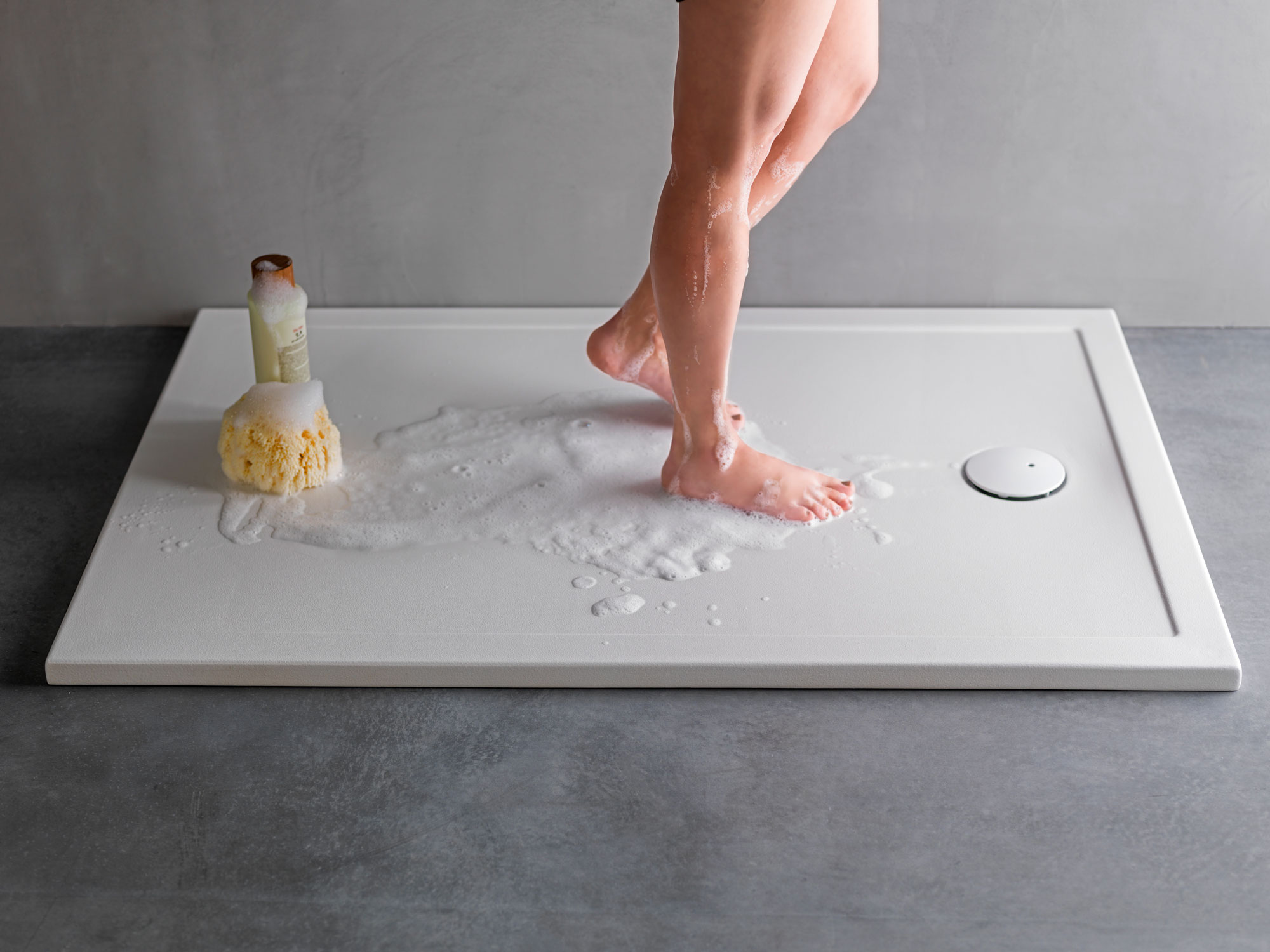 Acrylic shower trays meant a complete change in the way comfort has been thought up in the bathroom. Greater than the ceramic shower trays because of their lightness, which makes their handling and installation easier; their touch and look are warm as well. As well as that, they are highly resistant to impacts. Some of the disadvantages are that they cannot be cut to size and their anti-slip level is lower compared to other materials. 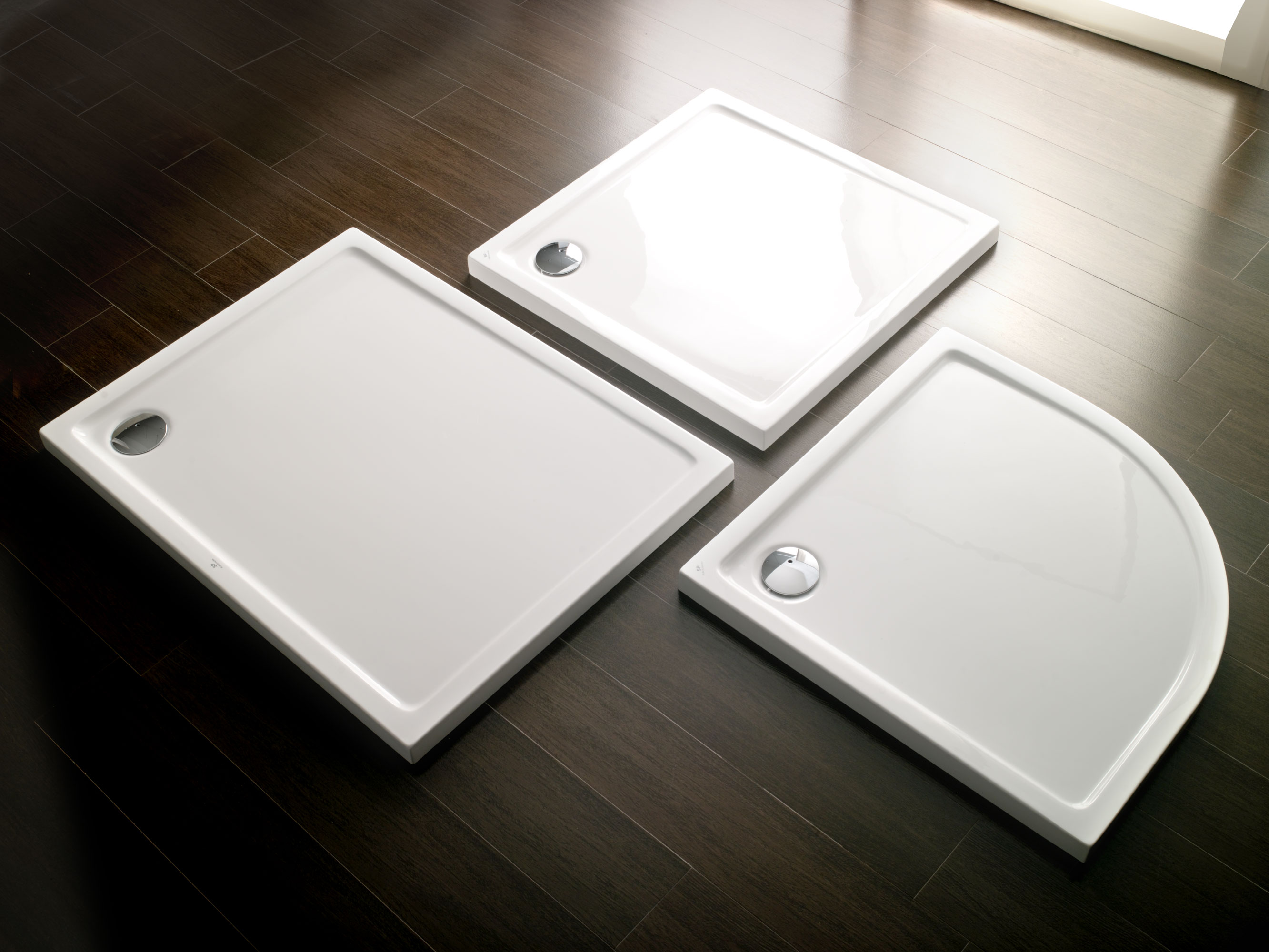 The Work Model from the Light series, manufactured with fibreglass and acrylic..

The Light Stone Series from Noken are shower trays made of fibreglass covered with a layer of Gel Coat on its surface. A series of light shower trays which are available in several colours. Being waterproof and anti-slip, they provide high thermal and chemical resistance, and they are repairable and are easy to clean, requiring little maintenance. 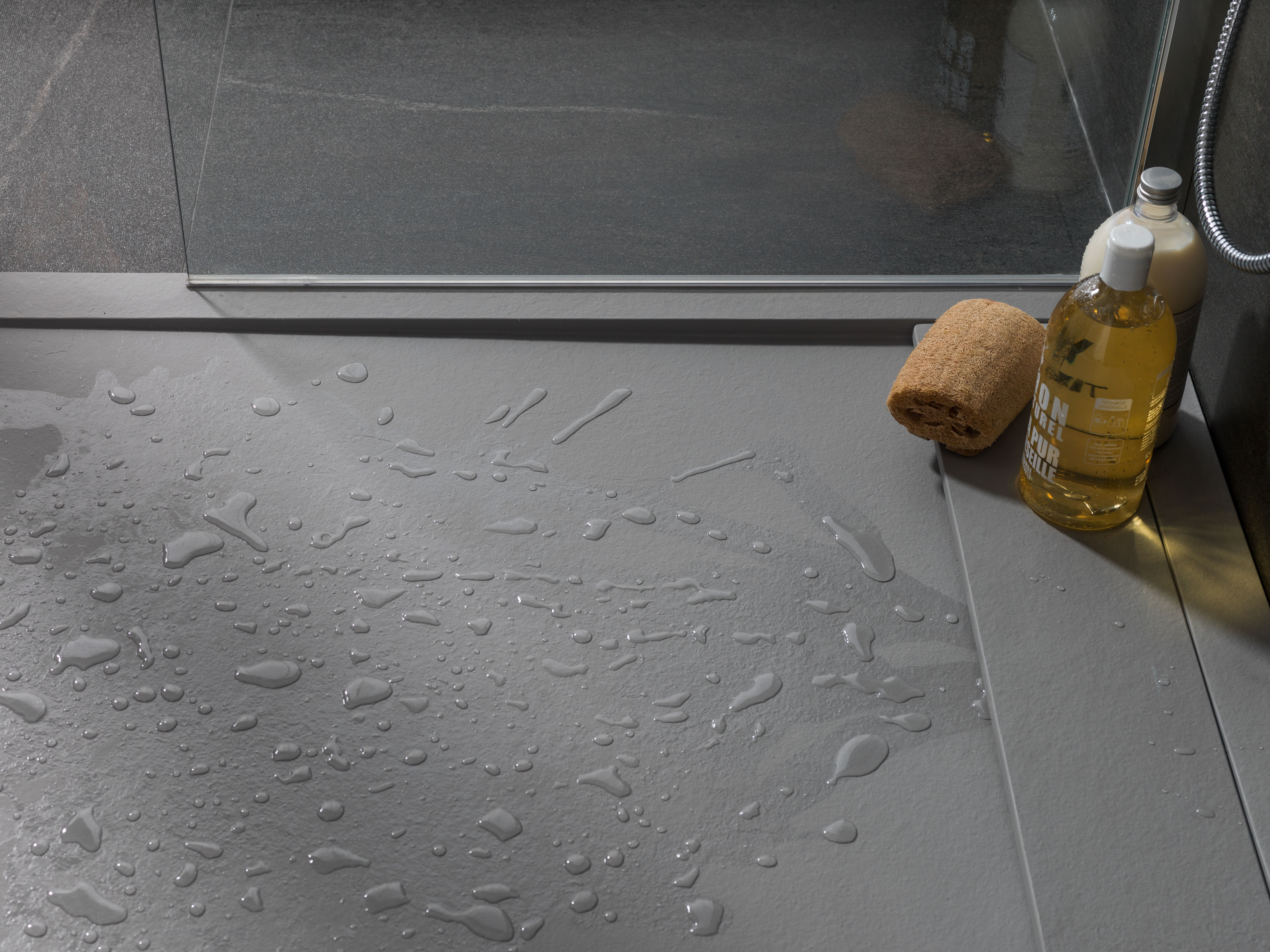 Zen. The Light Stone shower tray, with a fibreglass structure which is covered with a layer of Gel Coat on its surface

Their composition combines resins and natural minerals. It is essential for the quality of the tray that the mineral material selection is good quality so that the final product offers the greatest guarantees, and also in the correct proportion so that the shower tray maintains the lightness, flexibility, stability and tolerance.

The Noken Mineral Stone and Mineral Stone Plus series have high lightness and little thickness; this does not affect either the resistance or the long-lasting features. They are available in several finishes and colours, and they can also be cut to size because of having the colour throughout their mass. 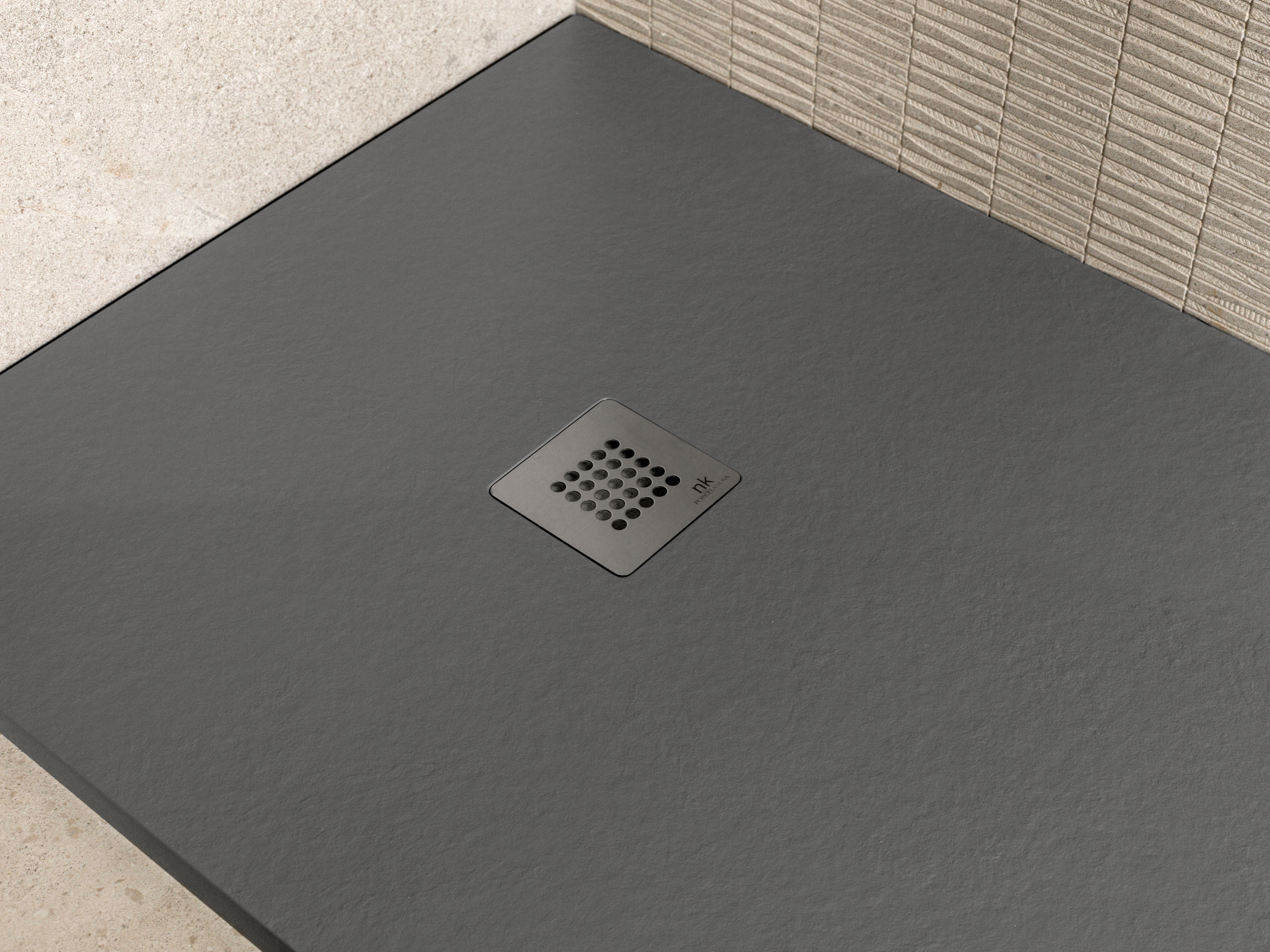 Slate. The Mineral Stone shower trays from Noken, made of resin and mineral, covered with the Gel Coat treatment on its surface that provides antibacterial treatment and greater anti-slip performance