The Levitt house, located in La Moraleja in Madrid, portrays the way in which families live, how they consume energy and share the space. It has been designed by the CSO Arquitectura and Commuty studios.

A clear open layout enhances the natural light and the use of sustainable materials which banks on thermal comfort, as well as a reduction in energy consumption.

Arquitectura and Commuty studios, it uses three materials from its 1983 construction as a base: wood, tiles and facebricks. 108 new square metres which extend the house towards the garden while including a new staircase design that connects the rooms, allowing it to contain a new floor all under the same roof. 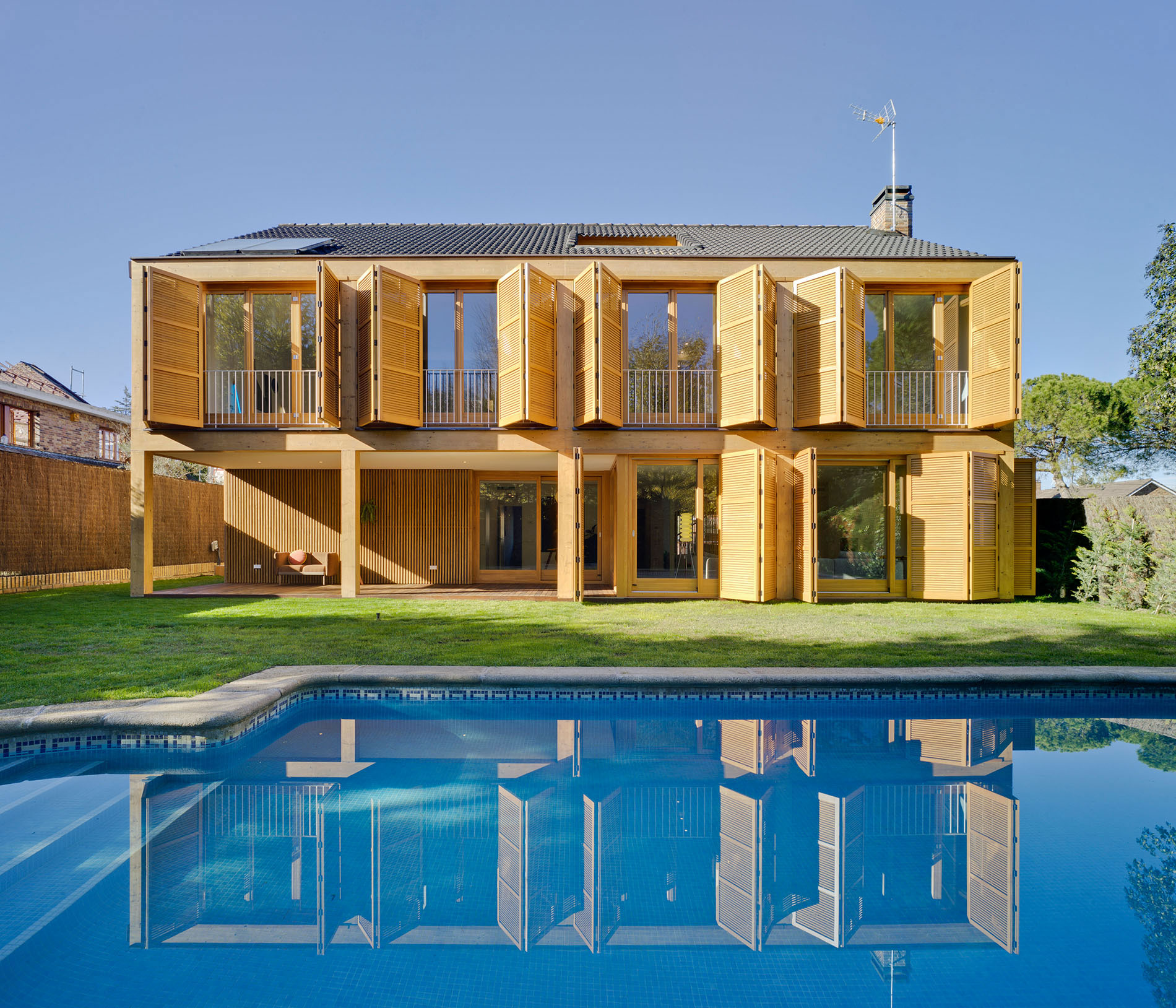 The design, both modern and minimalist, challenges the constructive demands of today, banking on thermal comfort and lower energy consumption. Over-insulating and energy façade systems, with large windows which work as heat collectors in winter, allow for cross ventilation during the summer, are designed with woodwork. This sustainable material which is used for the interior flooring of the space (in natural wood from L’Antic Colonial), as well as for the outdoor shutters, which cover the whole facade while controlling the sunlight which comes into the house.

As well as that, the project features an underfloor heating and cooling system, with hot water coming from the thermal solar panels, all thanks to the installation of aerothermal technology. 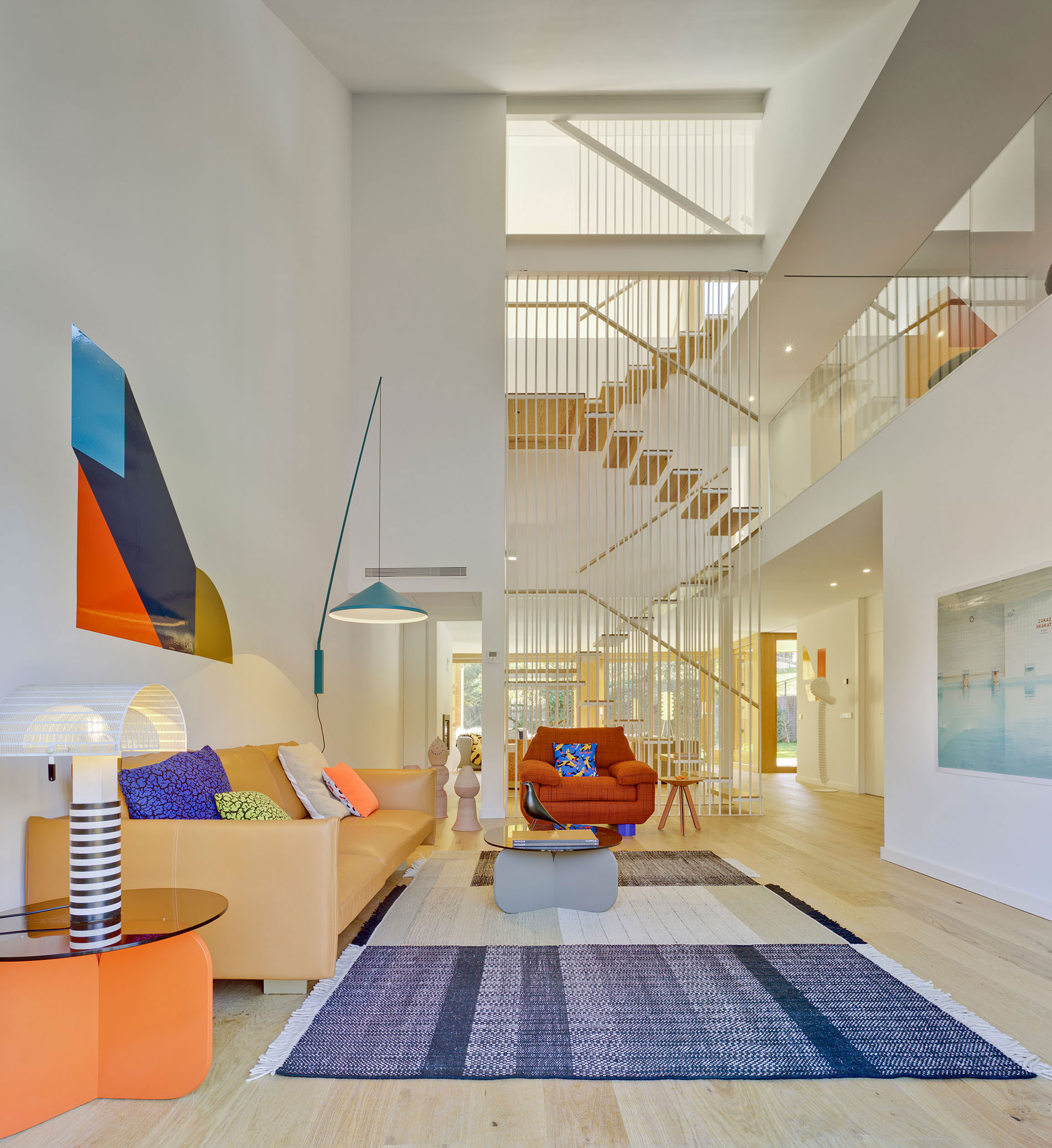 The clear open and height redistribution inside the house turns the staircase into the central pillar and the main theme of the space, connecting a triple-height living room with the rest of the rooms, which provides views in all directions.

The six bathrooms, toilets and service bathroom are fitted out with Noken Porcelanosa Bathrooms, with the PORCELANOSA Grupo quality seal, namely: the 150cm Pure Line Wood furniture with a wall-hung large drawer for storage, installed with the Pure Line wall-hung basin; the Urban furniture; the Urban basin taps in a chrome finish; the shower pack with the Hotels shower head in chrome; a wall-hung toilet and bidet also from the Hotels series in a white finish and the Arquitect shower trays.

Under-roof bathroom with sloping ceilings in white, marble and wood, in line with the aesthetic in the house. The Hotels shower pack in a chrome finish. 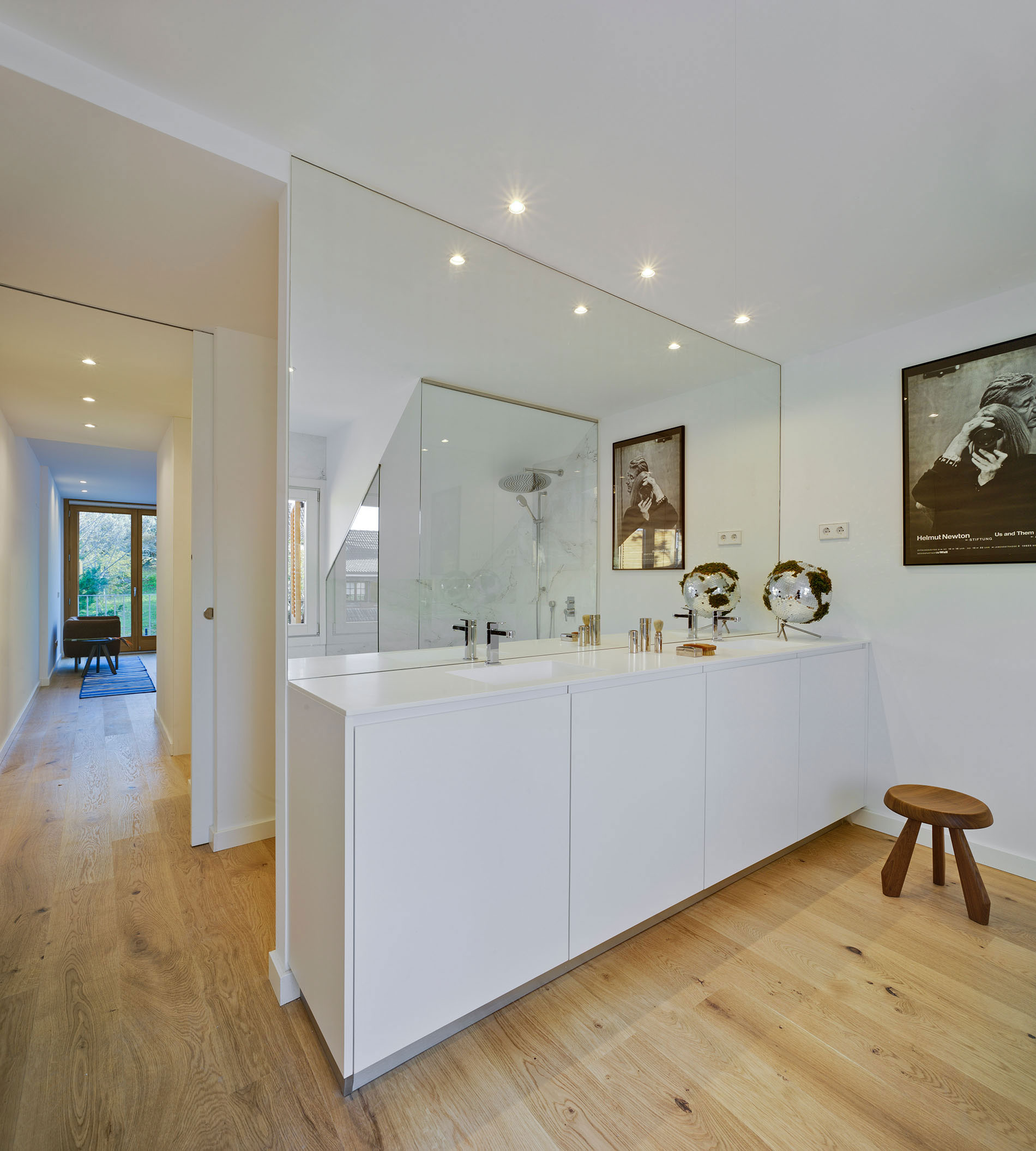 The Hotels basin taps in chrome 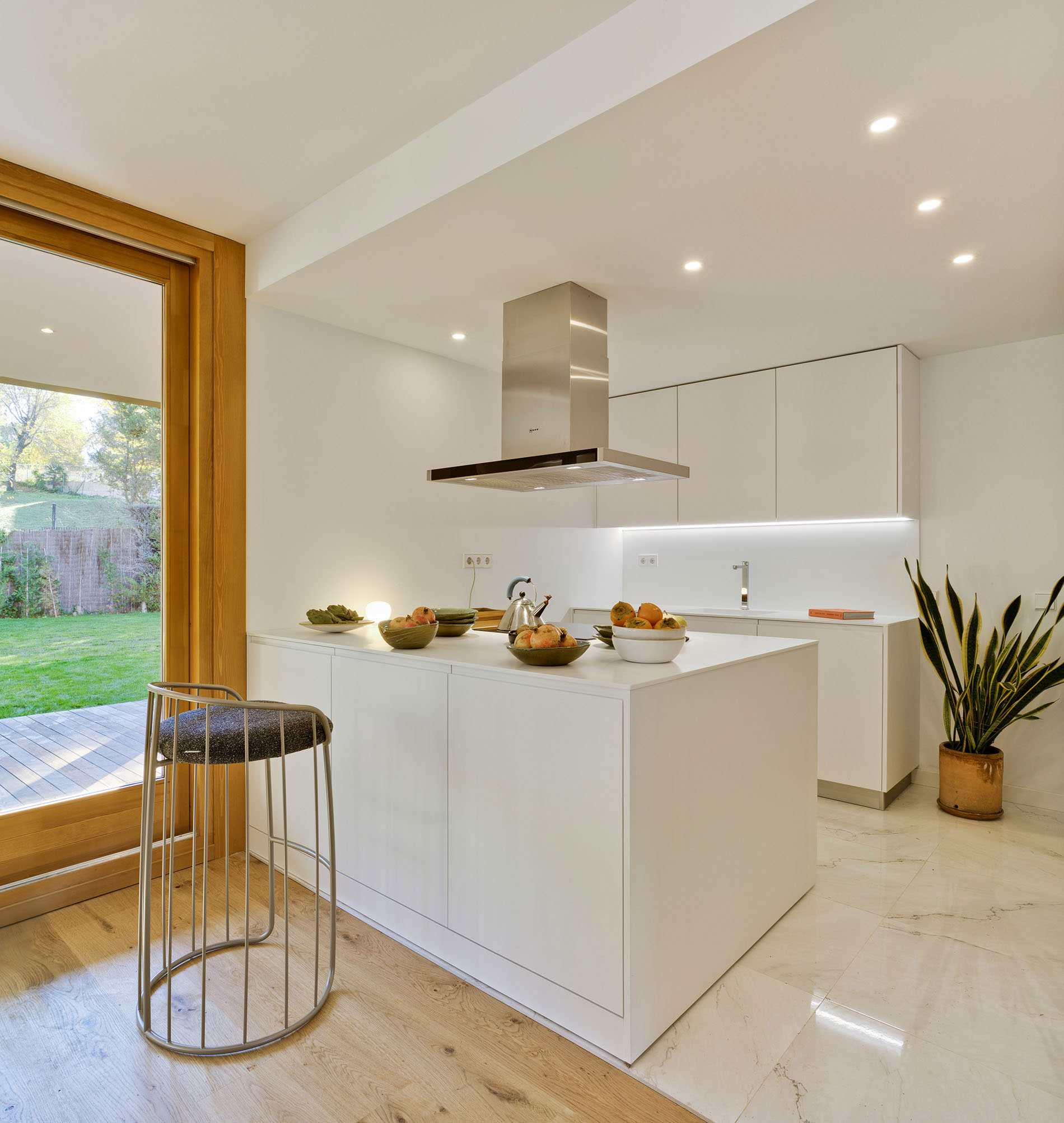 The kitchen in the house, which is connected to the outside, features the Hotels kitchen taps in chrome

Further information of the project on PORCELANOSA Trendbook 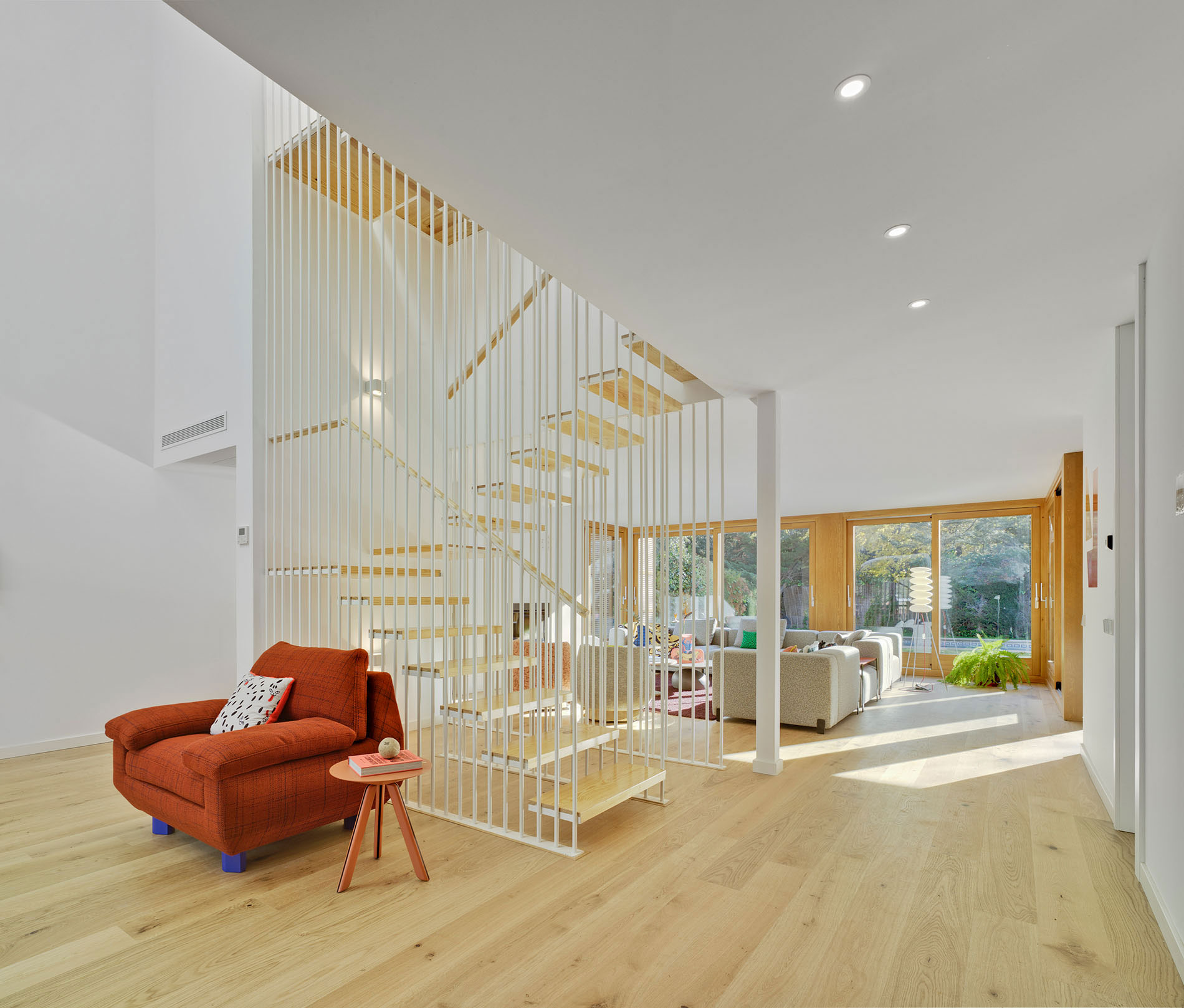 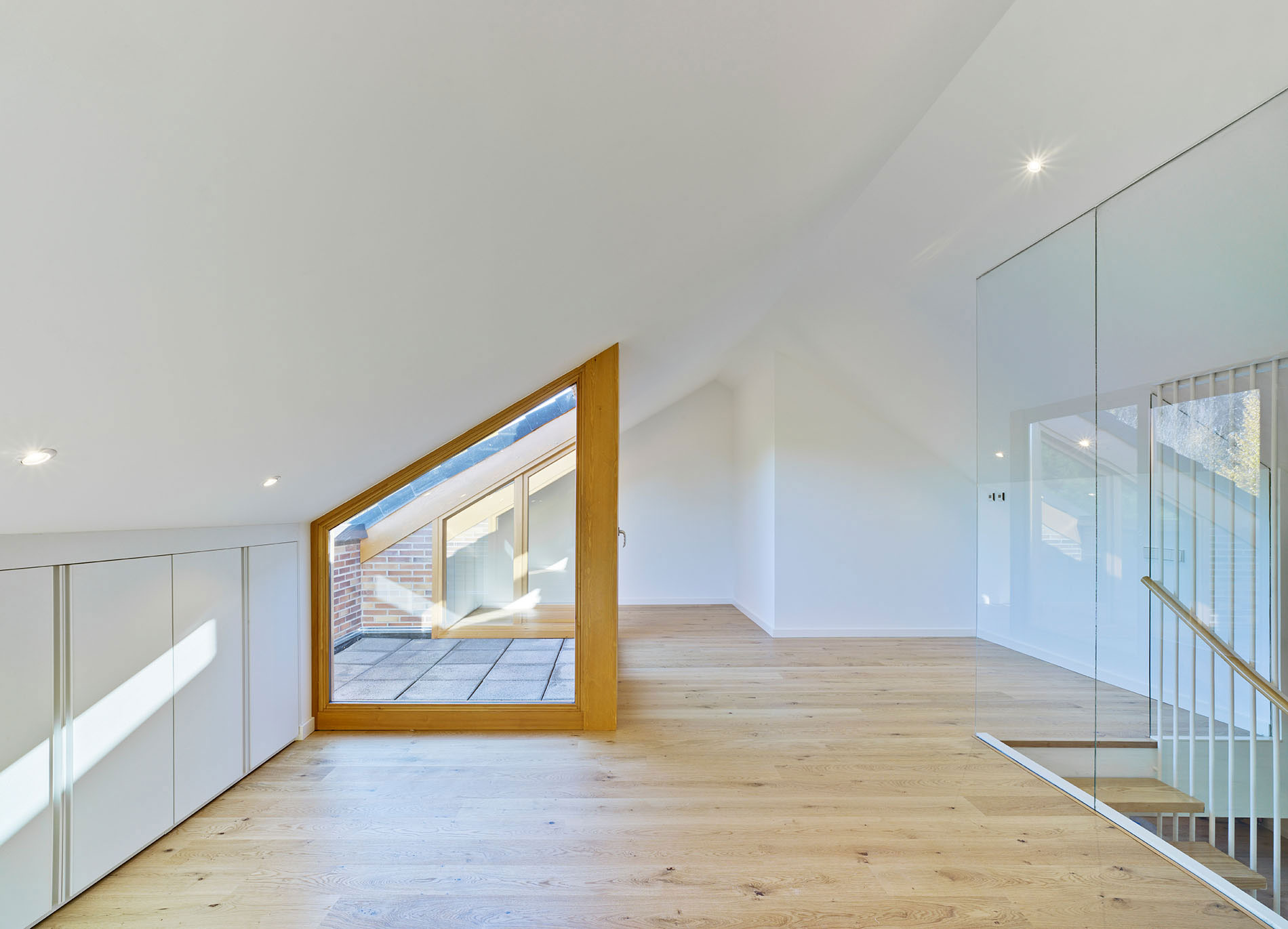