Bridge is here: the functional aesthetic for kitchen taps

Cutting edge design is both singular and being different. We bank on special new finishes to coat the new kitchen tap design: Bridge is now here.

Functionality, durability and harmony. Just some of the qualities to bear in mind when choosing a kitchen tap for the greatest culinary experiment. We have developed its concept in order to go even further without foregoing the emphasis on the decor. Bridge is the new kitchen tap design in black, copper, titanium and chrome. 100% commitment to revolutionising aesthetic functionality in the kitchen.

Its harmonious design combines perfectly with the geometry of the piece. A round spout, a quadriform shape, softened in a single lever kitchen mixer with an easy-to-use pull-out handshower. An urban style comtemporary tap.

Cutting edge design is both singular and being different. The Bridge tap is a cutting edge kitchen tap. Going a step further than its trendiest kitchen tap version in black matt; the finishes in copper, titanium and chrome make up the total of available finishes. Precious pieces which provide character to the kitchen space.


The black matt colour is flavour of the month in kitchen and bathroom design because of the equipment. The contrasts which are achieved enhance the pieces, making the atmospheres delightful again. 100% allure in the washing area of a kitchen. 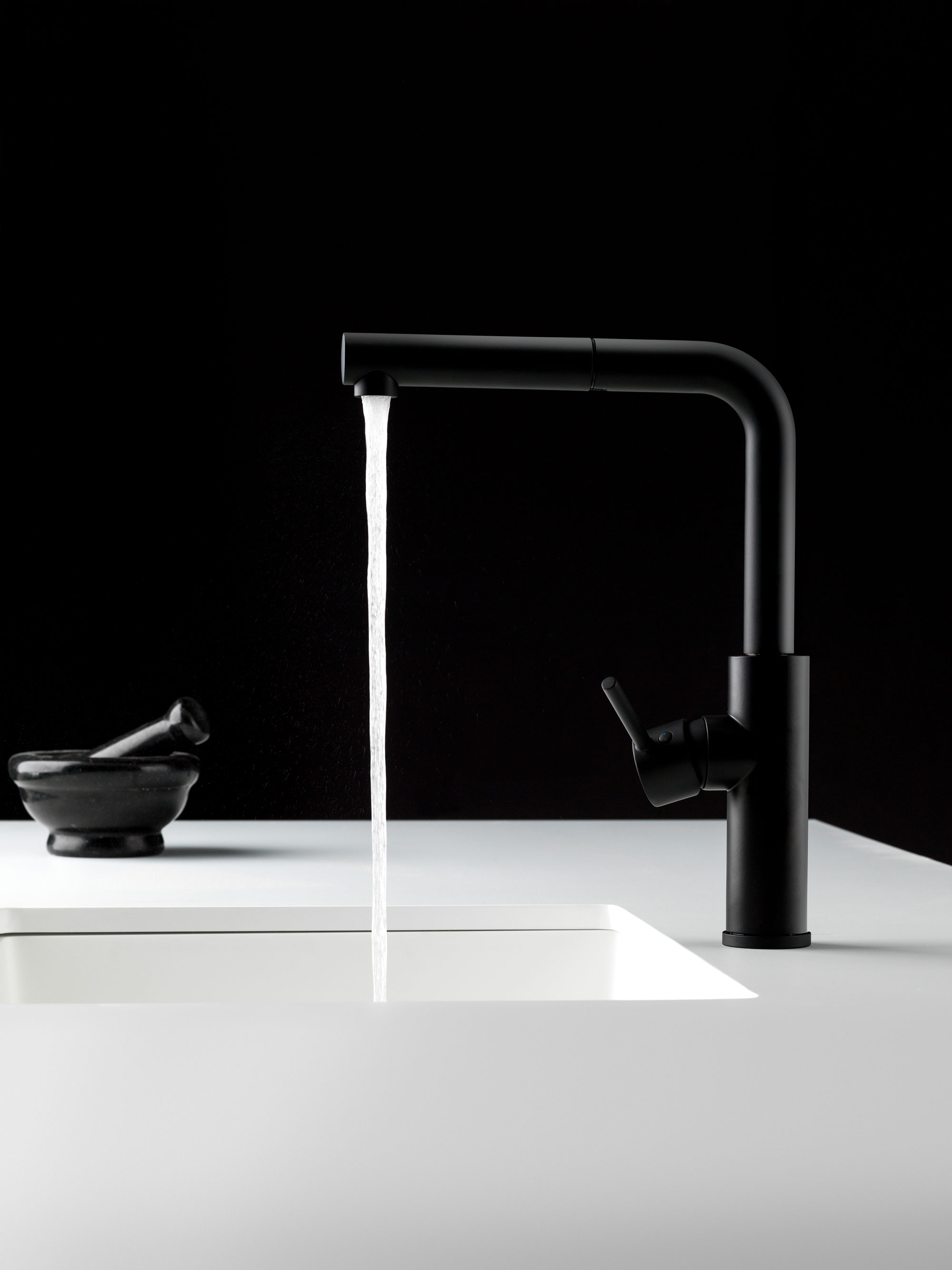 Bridge with an emphasis on the future

The titanium colour is more and more popular as a finish with an emphasis on the future, going a step further than its traditional character. A timeless and harmonious finish, as well as being very versatile in relation to decor styles. 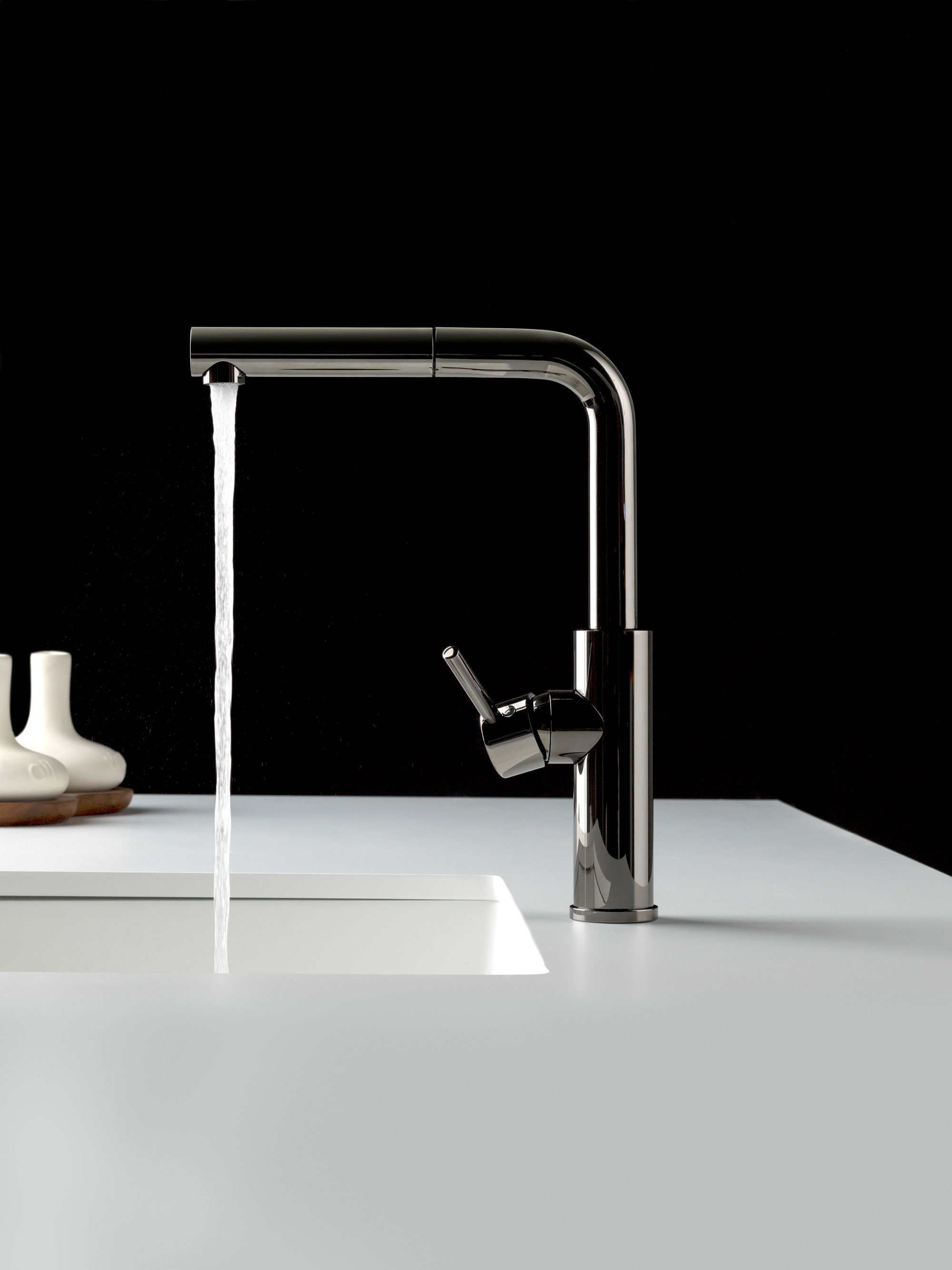 Bridge as the everlasting urbanite


Its chrome version has been done with the Maximum Chrome finish which provides extra resistance and long lasting features in humid areas. 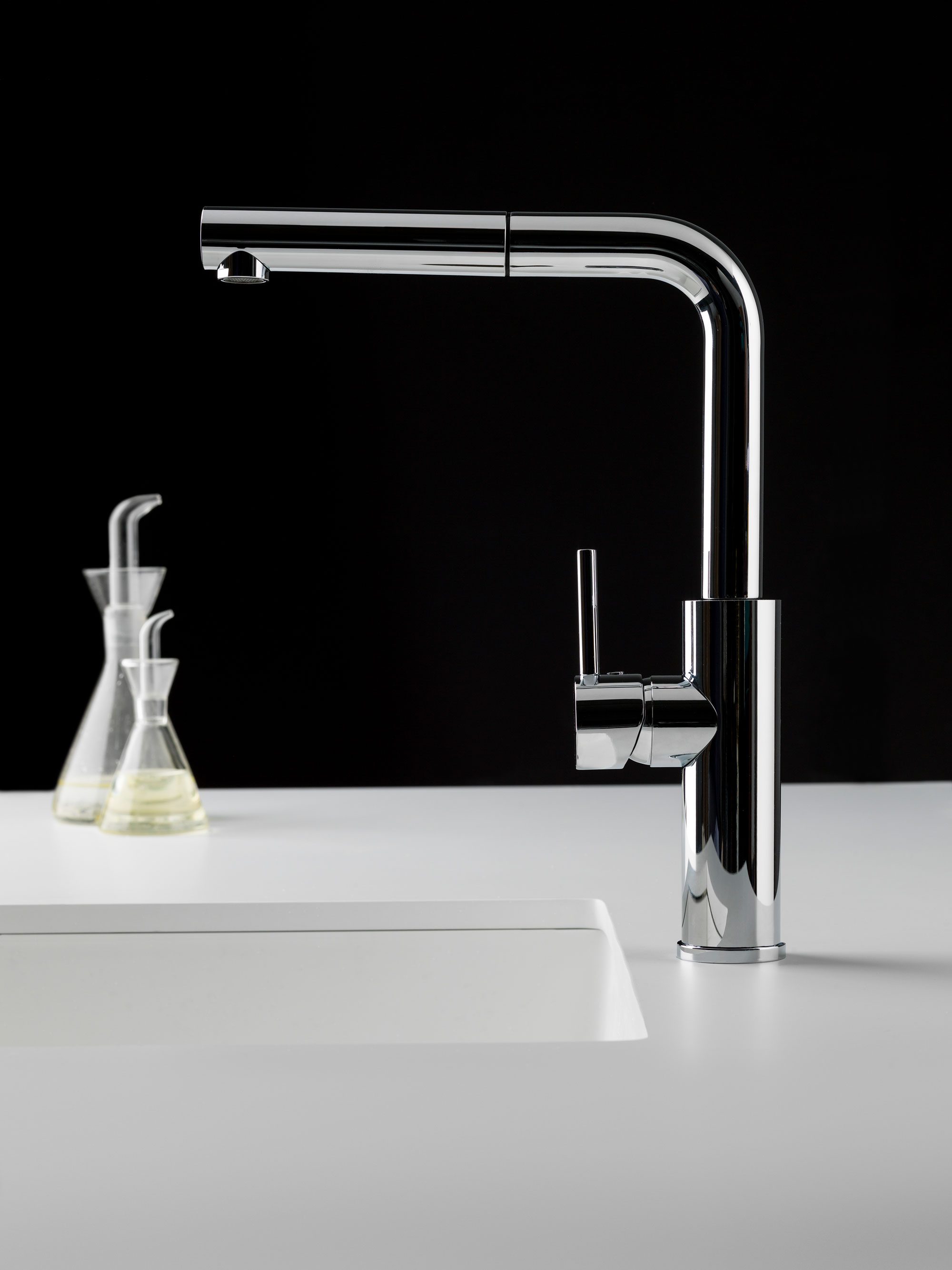 This kitchen sink tap allows for enhanced approximation of the water on food and utensils. The extended swivel spout, ideal for double-bowl sinks, and the pull-out kitchen handshower, are the features which enhance usability in the kitchen.