NextDore has designed a house in New Zealand which is projected from the inside to the outside through a spacious terrace and large windows.

The search to get the greatest comfort lies in the bathroom design, which sees minimalism, avant-garde design and Premium materials all combined.

In Christchurch in New Zealand, on the east coast in the south, one can find a single-family home designed by the NextDore studio, whose main objective is to achieve the highest possible comfort through a formal aesthetic balance.

The lifestyle in this house is mostly represented in the outdoors areas, which bank on a relaxing way of life. The exteriors become a part of everyday life, thanks to the space planning and the equipment. This remains wide open to the outside, making the most of being outdoors but, without compromising any of the comforts which are inside the house. The back garden joins the indoor area through a spacious terrace. As well as that, we get to see how the brightness in the rooms livens up those private spaces, all of which is equipped with premium finishes.

Bathrooms for a premium way of life

The calmness of an atmosphere which imbues the house gives way to the design of the private areas which have been designed with a selection of premium materials from PORCELANOSA Grupo which NextDore has carefully opted for. Natural materials match with highly-technological signature design equipment in each of the three bathrooms of this residential project, which combine minimalism and finishes in deep tones.


The premium bathroom: avant-garde design in metal and stone

In the main bathroom, the metal in bronze tones, is the key part of the room with 3D metallic wall tiles which match with our Lounge recessed basin taps in a bronze finish which, have been designed by Simone Micheli. It belongs to the premium series in taps. A timeless design which is highly resistant thanks to the PVD technology, the Physical Vapour Deposition technique, whose manufacturing processes guarantee an aesthetic look and shine, which remain as good as new. It is unaffected by corrosion in wet spaces and the use of cleaning products.

The Essence-C floor standing sanitaryware in a black finish and a wall-concealed installation system are brought together to create an integral bathroom design of pure lines and visual continuity, thanks to its monochromatism. 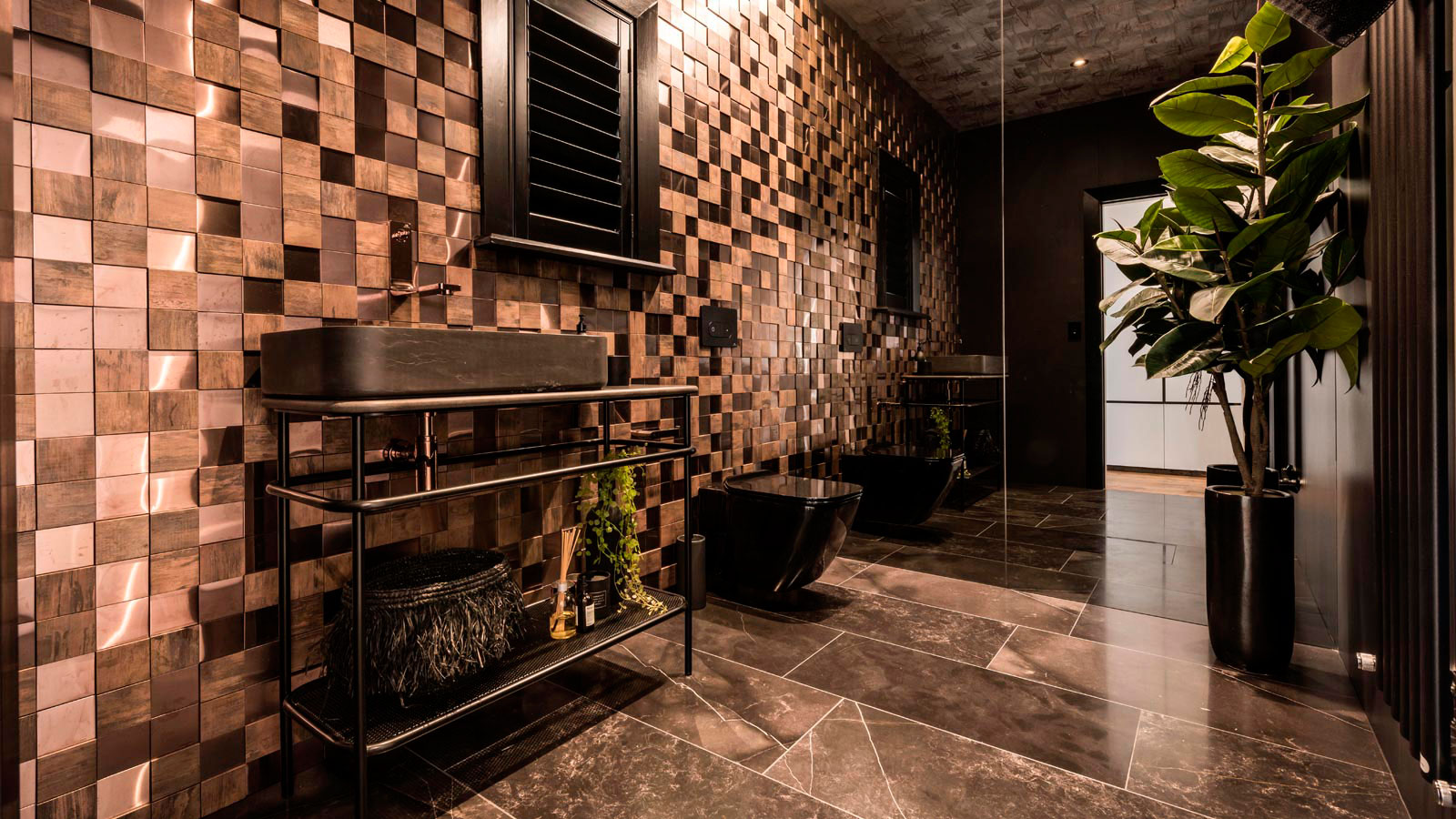 The Lounge recessed taps, designed by Simone Micheli in a bronze finish. The Essence-C sanitaryware with a wall-concealed system in a black finish.

The second bathroom, with a sloping ceiling, banks on an interior design in white as the background for wall tiles and the sanitary equipment, with metallic elements in black: decor profiles in bathroom furniture and Urban exposed bathtub taps in black matt. A minimal duo which enhances the brightness in the room, making every item stand out thanks to the contrast points. 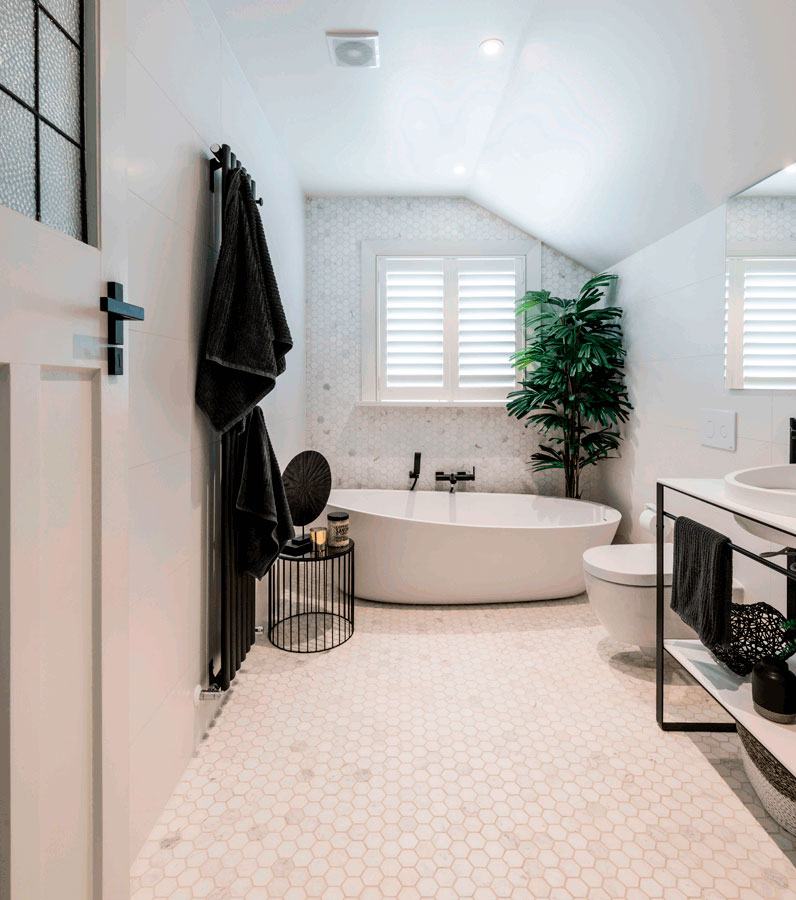 The third bathroom is a total black & white design, in which the white used in the basin, storage area and in the Arquitect wall-hung toilet, contrasts with the black on the walls and the floors. It is also used continuously in the shower area. Again, the premium commitment is carried out by the Lounge basin taps by Simone Micheli, with the thermostatic shower taps and the wall mounted shower head all from the same series in a chrome finish.

For greater integration with the black wall tile, the Essence-C towel rail in a black matt finish has been chosen. 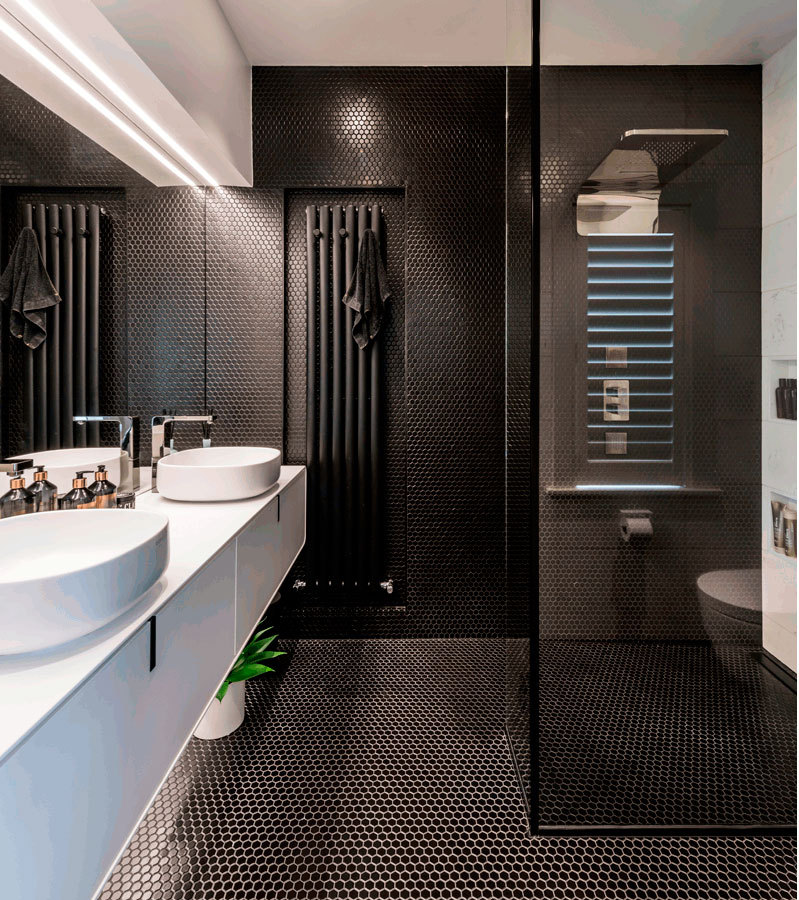 In addition to the bathroom equipment, the team of interior designers has also had our products for the kitchen taps. The single-lever mixer with removable shower and the Spring swivel spout have been the chosen models for the kitchen, which faces towards the outside of the house. 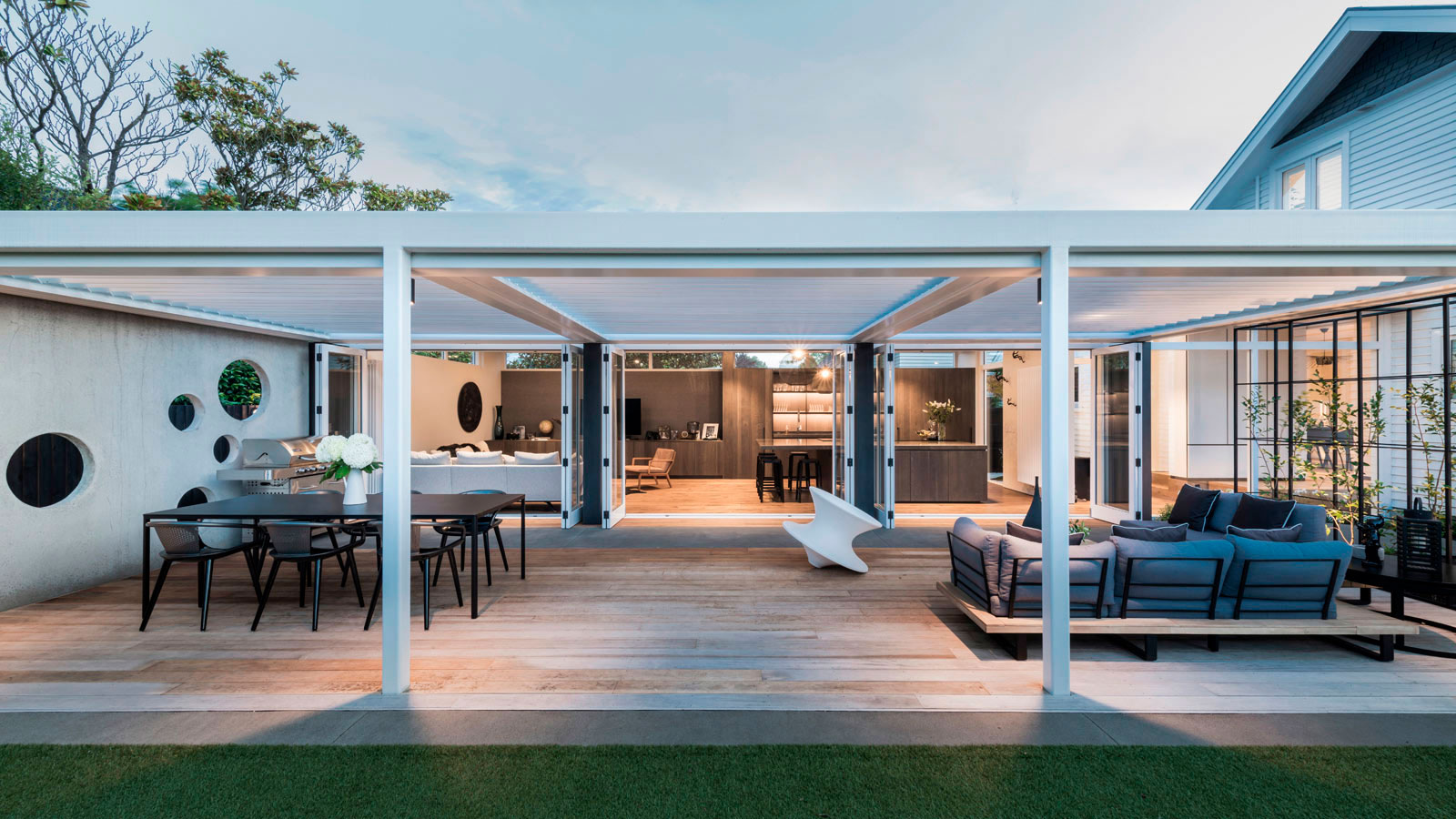 Further information about the project in PORCELANOSA Trendbook.