Bathroom appliances by Noken in Equip’hotel 2014

Up to November 20th, Parc des Expositions de la Porte de Versailles is staging a new edition of the  most awaited event as far as the hotel and restaurant industry is concerned, in other words, Equip´hotel. It is in this fair where we are once again showcasing our latest designs in bathroom appliances.

So, the people attending the Equip´hotel 2014, at the PORCELANOSA Group (Hall 7.2-stand M57) stand, can, at first hand, discover some of the most in demand Noken bathroom fittings (bathroom taps, washbasins and toilets) by architects and interior designers in their hotel projects. Let the NK Concept taps, the Forma and Arquitect Collection suspended toilets and the Forma washbasins in their support version serve as an example.

A good example of the implementation of the Noken products in real surroundings is the Residencial Fowora project, where various models of our bathroom taps, washbasins and toilets were set up. Another fine example is the Felicien Hotel in Paris, designed by Olivier Lapidus, and it is also equipped with our bathroom taps and  toilets,  as well as the showerhead sprayers from different collections.

The French designer is one of the most leading characters in the edition of Equip´hotel, since he has already taken part in the creation of one of the spaces of ‘Room Studio’, which recreates various suites with a bathroom and a living-room, all of them designed by renowned interior decoration professionals. In the hotel room designed by Olivier Lapidus, and in collaboration with Groupe Ellegancia and carried out by Stella Cadente, we can see some of the Noken products as well as other products by the Porcelanosa Group.

Don’t miss this unique event for both professionals, and lovers of the hotel industry design. Pay us a visit at the stand of PORCELANOSA Group, at Hall 7.2 – stand M57, in the Equip´hotel 2014 Fair.

For further information  regarding the event, go to: www.equiphotel.com 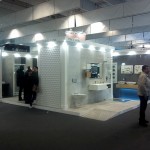 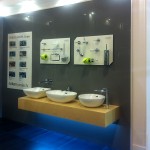 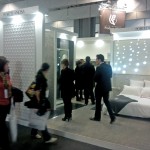