The concerns about the energy efficiency in projects of any kind has resulted in multiple solutions  in saving water in the bathroom, such as the installation of the two-position switch ECO cartridge, flow rate limiter, Air ECO, and the Ecostop button, all of them very common in all kinds of taps, contributing to energy and water savings.

Taking advantage of the preference for the single lever basin mixers, bathtubs and showers being turned on in the centre, whether for aesthetic reasons or due to comfort, Noken has  gone a step further by offering a turn on system where hot water is not released by being turned on in the centre. Also, with the corresponding elimination of consumption of hot water, we see a   reduction in energy consumption and CO2 emissions because of the continued use of heaters. 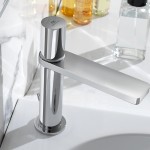 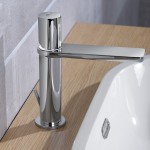 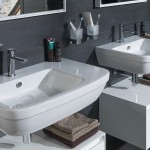 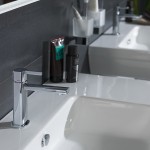 Providing the innovative technique to bathroom taps with an aesthetic touch, Noken has developed the Forma and Nk Concept collections, ideal for big projects where water saving is a must, as well as keeping the users who are most committed to environment happy.

The iconic character of the NkConcept collection, which towers over conventional taps with regard to a 60% water consumption have made these taps become one of the leading products by Noken, and they are being installed in flagship projects worldwide. Their simple and stylish design are the result of the attractive beauty and capacity of adaptation, opting for models with basins with different heights by offering an ergonomic solution with a great visual lightness.

Do not miss the latest video of the NK Concept collection, which not only has a special flow rate limiter but also a cold water opening system, in order to achieve a more responsible use of the resources in the bathroom.