A unique personality with the special finishes of Noken bathroom taps

The attention drawn to bathroom decor spaces by decorators and interior designers is gradually increasing. As well as that, by the users themselves who go for atmospheres that show their personality off without compromising functionality which, turns out to be so important in this everyday space.

In this regard, the options which are offered by bathroom equipment companies regarding design and finishes play an important role. Aware of this, Noken banks on a wide range of special finishes for bathroom taps. A big array of options which meet the demands of any project.

The precious metal trend for the bathroom has been one of the most in demand aesthetic trends in recent months. Taps in copper, titanium and gold in both gloss and brushed versions which make the space unique and full of Premium character. Only the designer collections include these exclusive finishes for taps, which strengthen the Noken Porcelanosa Bathrooms seal of quality and distinction.

Lignage, the classical-renovated taps by Ramón Esteve, show their character in chrome, gold gloss and brushed copper finishes, which enhance their retro essence even more. 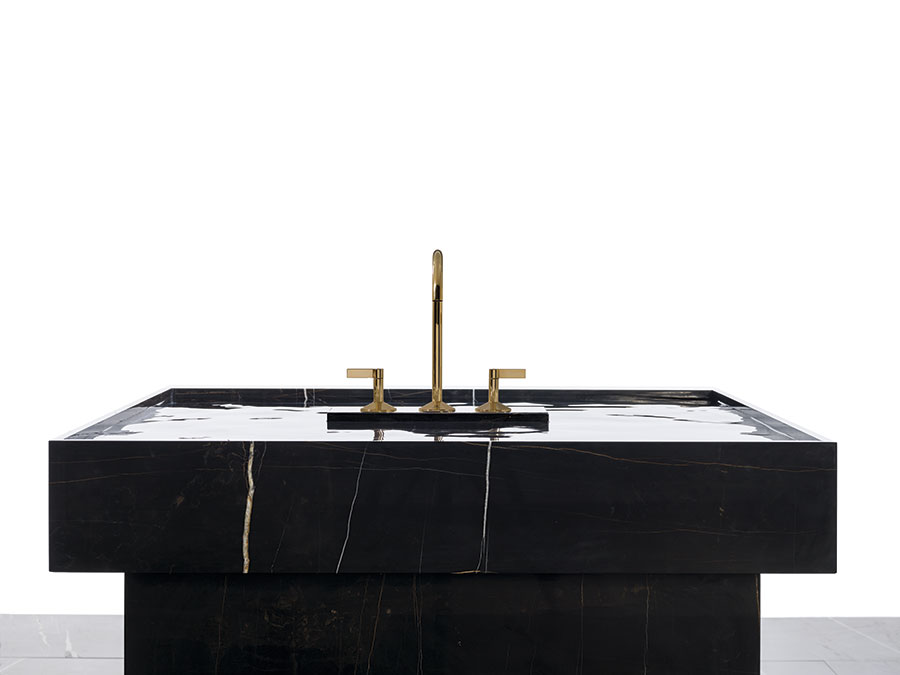 Lounge, created by Simone Micheli, offers its three versions: chrome, copper and titanium; all of them in gloss. We are dealing with finishes which are both elegant and long-lasting, thanks to the Physical Vapour Deposition technique, known as PVD. This process ensures an aesthetic look and shine which remain as good as new, unaffected by corrosion and the use of cleaning products.

In this way, excellent results are achieved, even for the most demanding projects and high-traffic areas, without compromising the exclusivity it offers when choosing the tone which best shows the character of each interior design work.

One of the other bathroom taps which offers different finishes is Oxo from the Signature Collection. A special design which is 100% Noken style, and furthermore, it is available in a chrome and titanium finish. 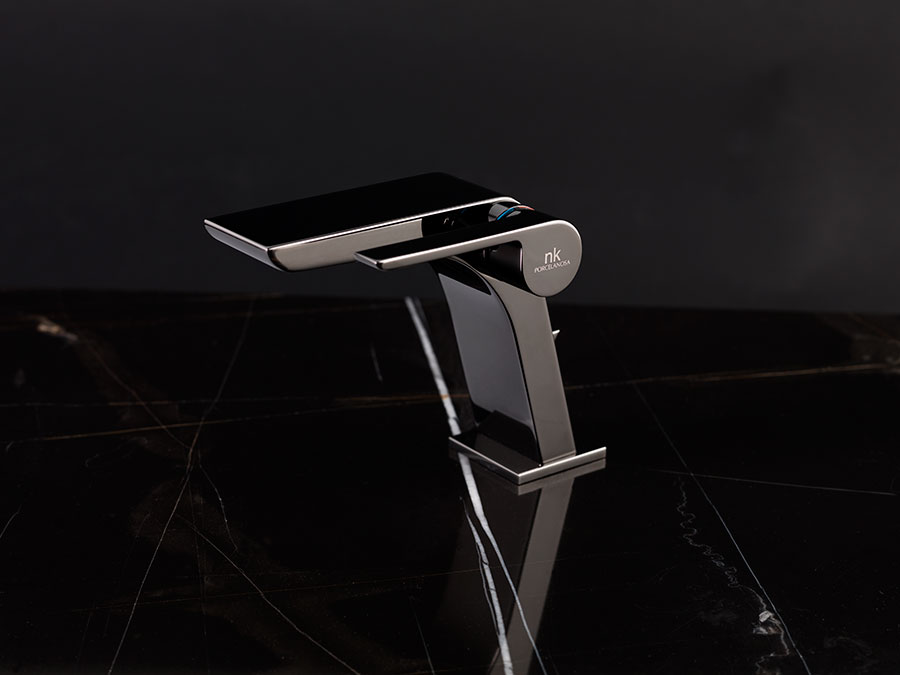 Black is the NEW black: the matt boom

The black matt finish is one of interior designers’ favourite trends for bathroom atmospheres. A finish which Noken offers in the Urban and Round taps alike, guaranteeing the same tone for straight or rounded lines. For all those who are into a total black look, Porcelanosa Bathrooms also offers black matt bathroom accessories and shower taps. Sophistication and timelessness brought together. 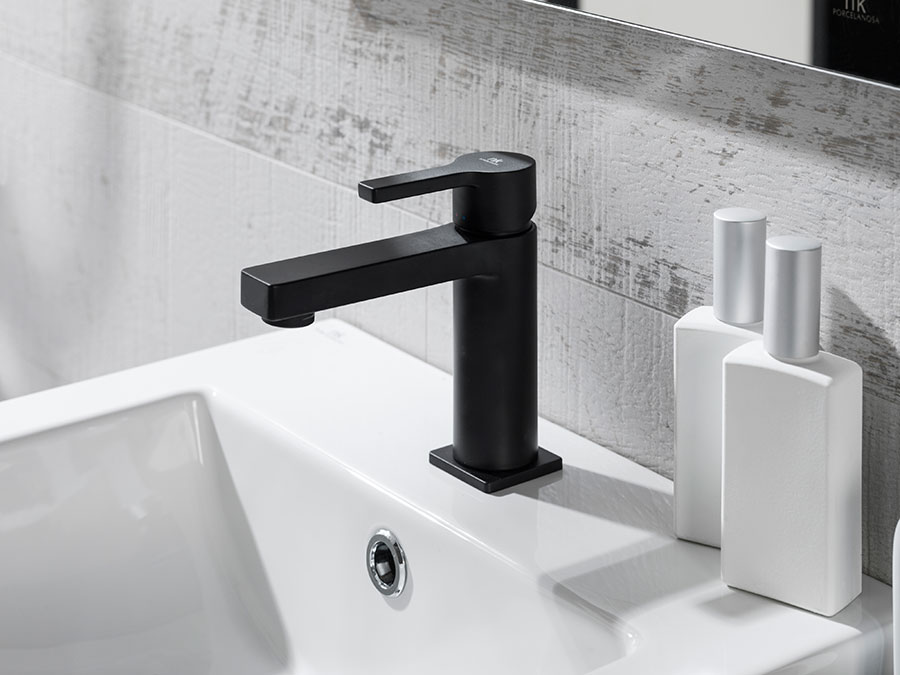 The white finish: an ode to minimalism

If we are in times where black dominates, the same happens with white. The latter is a colour which is always present in bathrooms, but unique in taps, therefore strengthening minimalism even more. Vitae, by the designer Zaha Hadid, brings this finish together with the organic shapes which are inspired by water movement. Lounge is also available in this finish, and so is Mood by Luis Vidal and Rogers Stirk+Partners, which includes its digital version. 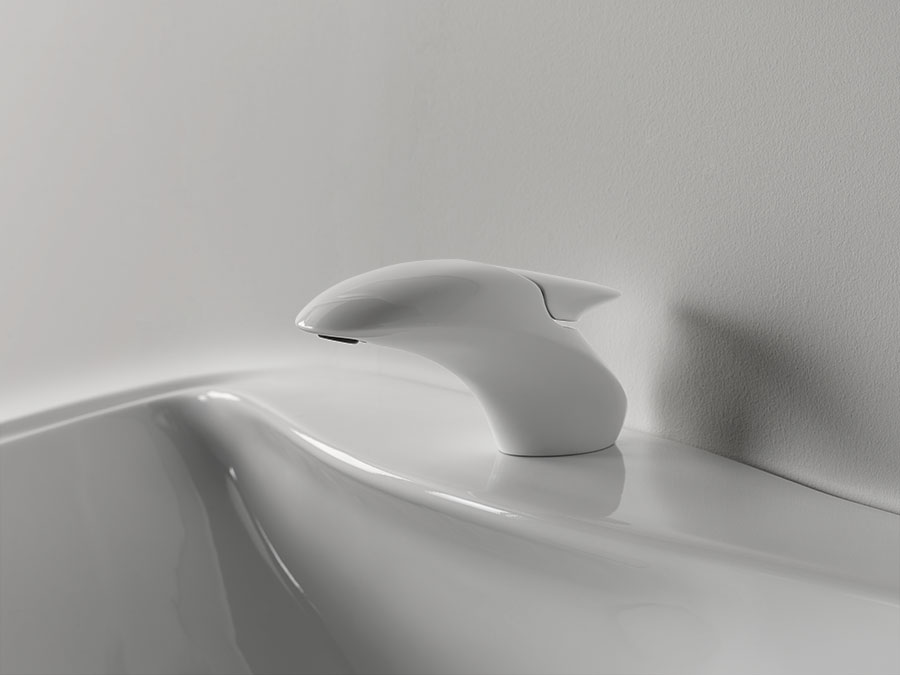 By strengthening durability and inalterability in its finishes, Noken banks on inox for its bathroom taps. Round shows its look with this new finish which has the AISI 316 certification. Greater reliability for indoor and outdoor atmospheres, as well as a brushed finish which is trendy in design. The Round Inox basin taps are a WaterForest design, since they offer a maximum 5L per min water use. 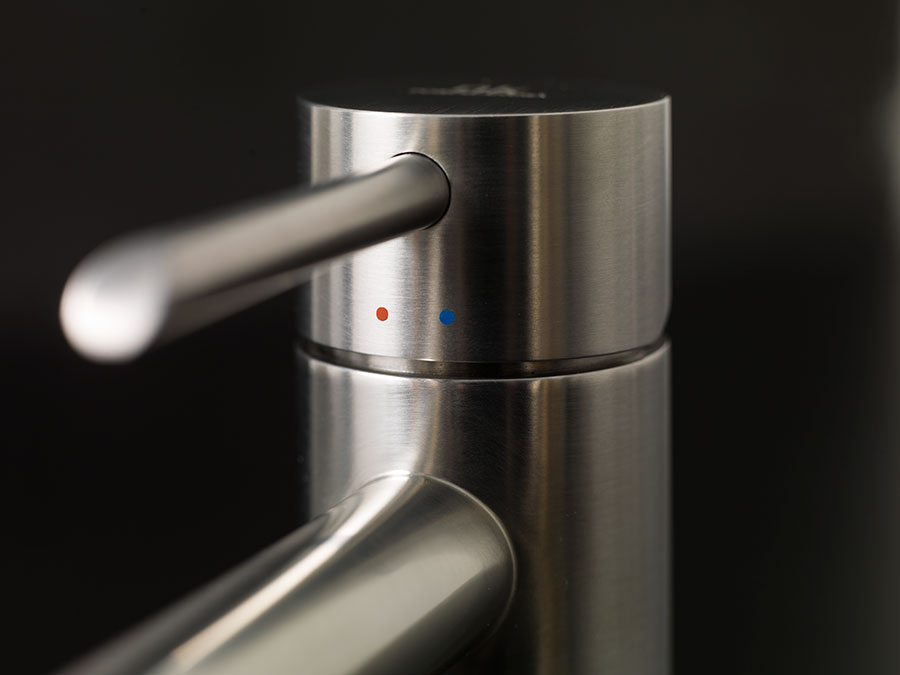