In a few days time, the Noken showroom will open its doors with an announcement in addition to the products range that is already in existence regarding  bathroom equipment  and kitchen taps: acrylic bathtubs and shower heads with chromotherapy will be included in their catalogue. The latter options are being increasingly requested by architecture and interior design professionals and they are already a must to make the bathroom a space for comfort.

The development of the most advanced technology products in the bathroom environment is having a great impact worldwide not only because of the healthy benefits for users but also because of its outstanding aesthetic results. This new products range by Noken will be launched at the same time as the opening of the 22nd Global Architecture International Exhibition, which is being celebrated from February 2nd to the 6th at the PORCELANOSA Gruop headquarters, which is located in Villa-real (Castellón). An eagerly-awaited date, where the eight firms of the Group will show their designs in their showrooms, which have been completely refurbished for the opening.

In addition to the new acrylic bathtubs and the shower heads with chromotherapy, in its strong commitment to technological innovation, the refurbished Noken showrooms will exhibit the latest collections of the firm in their product categories starting next week. Among some of the other designs, visitors will be able to get to know at first-hand the latest sanitarywares, bathroom taps and  furniture  of the Chelsea collection; the NK Concept toilets; the latest designs of the Acro Compact and Urban-c  sanitarywares; and the new designs of the Forma basins.

Numerous professionals of architecture and interior designers, suppliers, users and the communication media have already confirmed their presence at the 22nd Exhibition by PORCELANOSA Group. This International Exhibition hopes to break all records by surpassing the 12.000 visitors who came to the 21st edition, all of whom came from 80 different countries such as China, USA, France and United Kingdom in the main.

From February 2nd to the 6th, get into a new concept of bathroom by Noken. 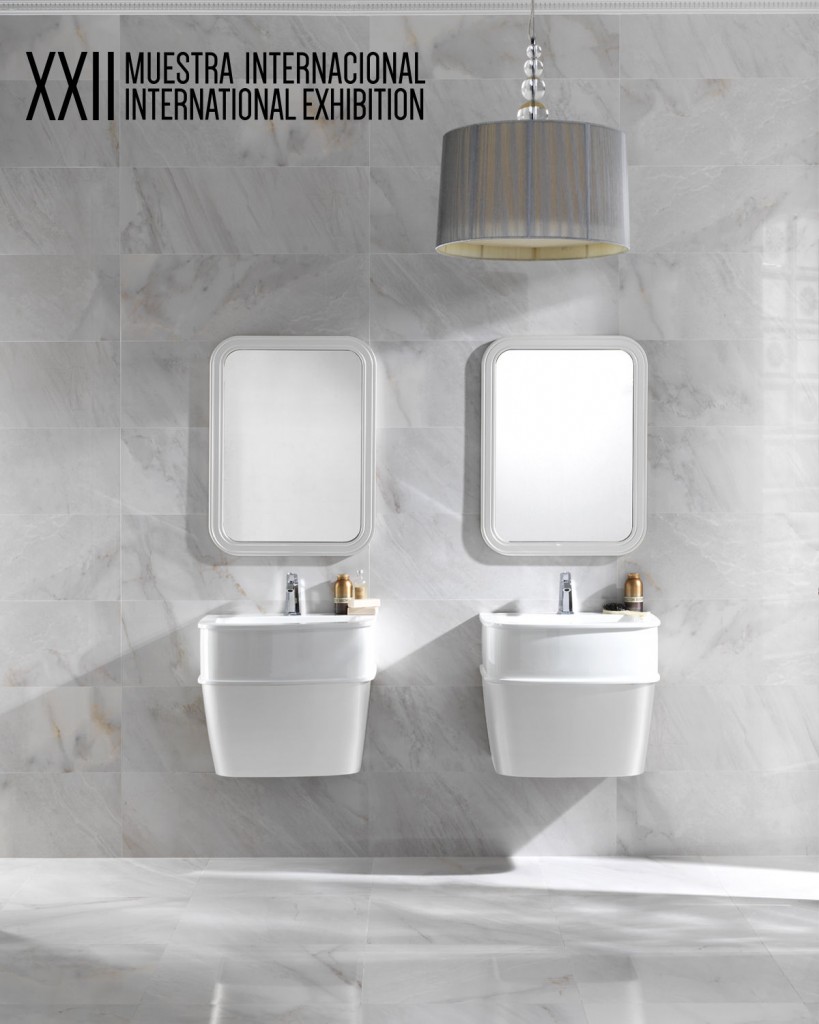