5 taps for setting up 5 bathroom styles

The development of the bathroom space has led to new uses, styles and designs. So much so, that bathroom taps are no longer just simple functional elements, as they have now become one of the key aesthetic pieces in this space. If the taps respond, despite their small size, to a unique and peculiar design, they can provide distinction and style to the atmosphere with their presence alone.

We review the aesthetically superior taps by Noken through their decorative styles and aesthetic finishes. Choose and design.

Through the perfect union between geometry and a romantic feel, Chelsea is a tap that invokes luxury, inspired by the past and it makes use of the technology of the future.

Through its edges, straight lines and purity, The hexagonal geometry by Chelsea is reminiscent of the Belle Epoque naive aesthetic designs, providing an unparalleled vintage style to space. In addition to its imposing aesthetic, it is PVD coated and it combines its ecological commitment with industrial durability in a chrome finish. 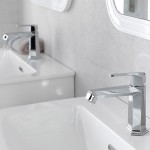 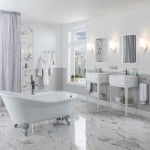 #2 Vitae taps: distinctive futurism in the bathroom by Zaha Hadid

Vitae is a design that has emerged from Zaha Hadid's essence and it does so with her unmistakable futuristic style that evokes water movement in each of its organic shapes.

As a source of life, the Vitae bathroom taps embrace lines of a marked cutting-edge character and they give an eternal and unique personality to the bathroom. 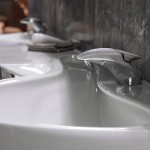 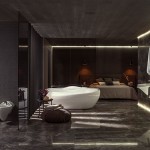 #3 Tono taps by Foster & Partners: minimalism in its purest form

The Tono bathroom taps has been designed for a bathroom concept that stands out because its minimalist aesthetic of infinite lines, as well as for the functionality that governs its design and the innate properties of its composing materials.

Foster & Partners make each of their pieces convey their uniqueness without indulging in eccentricities. Evoking what is simple, along with taste and intuition. A piece that has been studied in the smallest detail in order to put design at the service of innovation, elegance and practicality. 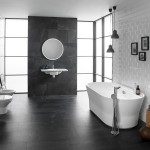 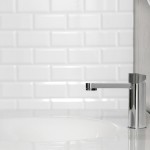 In short, taps that seduce minimalism, which at the same time, turn into a little gem: a piece with personality, luxury and sophistication.

The elegance and subtlety of Round taps exemplify a sumptuous contemporary style in which less is more, since they incorporates a thinner cartridge that gives a light and stylish aesthetic.

The handle stands out, above all in its original design because it incorporates a curved ergonomic finish, which at the end, and when seen from the front, looks like a rain drop.

Likewise, the Round taps are also environmentally friendly, since they have a design that allows for energy savings by applying cold water opening technology, which helps to save and limit water consumption by up to a maximum of 5 litres per minute. 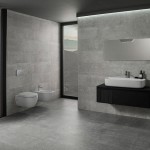 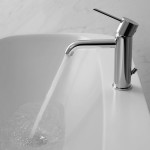 If we are looking for versatile pieces in the taps by Noken, we must talk about the Urban bathroom taps. Taps that are defined by a marked industrial style and features that perfectly fit the needs of life in the city. Aesthetic simplicity and highly functionality.

The wide range of bathroom tap designs by Noken allows for bathroom spaces to be set up to suit each project. Applying superior technology to the daily routine and a constant attitude towards cutting-edge aesthetic.